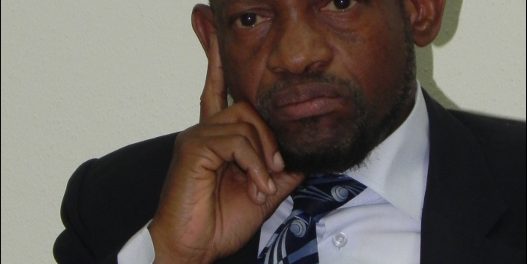 UK Border Control Authorities have confirmed that EX Prime Minister of St.Kitts-Nevis Dr. Denzil Douglas was indeed detained at Gatwick Airport on November 16th as stated in a story that broke in the UK DAILY MAIL.  In a report read to the St.Kitts-Nevis Parliament by Minister of Foreign Affairs Hon. Mark Brantley, Dr. Douglas was said to have been detained by UK Border Control while on his way to Dubai.

The Minister of Foreign Affairs read the report which stated” One November 16th, 2019 a passenger travelling outbound from GAWTICK Airport to Dubai on Emirates Flight EK010 was stopped with a large sum of cash. The Passenger did not declare the cash except for what he said was $20,000 in his jacket pocket while his travel companion he said had $3000. The Border Control officer, when he checked the carry-on found rolls of cash in brown and white envelopes in the passengers luggage. The total amount of cash was US$78,000, £3,000, EC$2,000. Another officer searched a black trolley . That trolley contained 5 bank rolled wads of cash each totaling £1,000.  In total the border control officers ended up with US$78,000, £8,000 and EC$2,000. The CASH was seized by the UK Border Control under the Provision of Proceeds of Crime Act 2002. The reasons provided for the seizure of the cash are as follows:

Foreign Affairs Minister Brantley indicated that on November 19th the matter came for hearing at the Crawley Magistrate Court. At the hearing the COURT ordered that the CASH be seized for 6 months in order to facilititate an investigation .

The EX-Prime Minister Dr. Douglas had spent a great deal of time and energy over the last week and through the media denying the GATWICK incident as reported in the UK DAILY MAIL last Sunday December 8th.

As at news time Dr. Douglas has yet to respond to the report as read by Foreign Affairs Minister Brantley