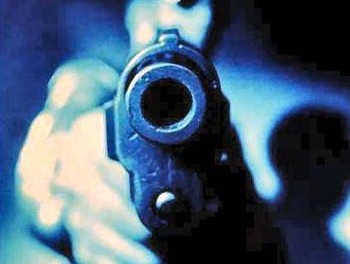 ST. THOMAS, USVI  — Two black males lost their lives after a gun battle ensued outside the Eclipse Lounge, a popular nightclub here, in the wee hours of Saturday morning, VIPD Police Commissioner Delroy Richards confirmed to The Consortium this afternoon. The publication received an initial report earlier today by a well-placed source, who said that the shootout began after 4:00 a.m. this morning — information that was corroborated by Mr. Richards.

According to the commissioner, the 911 emergency call center received a report just after 4:00 a.m. of shots being fired outside the nightclub, and upon arrival on the scene, saw a male individual, still with a firearm in his possession, lying lifeless on the ground.

Officers then questioned a security guard, who is employed as a peace officer with the government and worked for the club last night while off duty. The guard said there was an altercation among some individuals inside the club, and one man was removed. However, shortly after ejecting the individual, the security personnel and others began hearing shots coming from the outside, and upon further investigation, noticed that the shots were being fired in the direction of the club by the same individual who was removed from the facility.

“The security personnel then took cover and opened fire,” Mr. Richards said. The commissioner also made known that immediately across the street was another peace officer, who’s also employed with the government, and was working off-duty last night for the club. That peace officer issued a command to the suspect to lower his weapon. But the suspect continued shooting in the direction of the nightclub, prompting the second peace officer to open fire. The suspect was then shot at least once in the chest area; and succumbed to his injuries on the scene.

Another man in his 20s was also shot, but it remains unclear who shot him, Mr. Richards said. According to the commissioner, citing a preliminary report while cautioning that the investigation was still ongoing — and that multiple persons inside and outside the nightclub were being interviewed — the young man, who later succumbed to gunshot wounds he sustained after being transported to the Roy Lester Schneider Hospital, doesn’t seem to have been involved in the shooting. And a third person was injured by gunfire, too. However, injuries sustained were not life-threatening.

Mr. Richards told The Consortium that the weapons carried by both peaces officers have been confiscated. One is employed as a marshal at the Department of Justice, and the other is possibly a Supreme Court employee. Police also have the third weapon that was found on the suspect outside the nightclub.

Although they had lived here for a short period of time, both victims were from St. Croix, the commissioner confirmed. He said their identities are still being determined because no forms of identification was found on their person. They were, however, in their 20s.

“All the information that we have seem to suggest that their primary residence was on St. Croix,” Mr. Richards said.