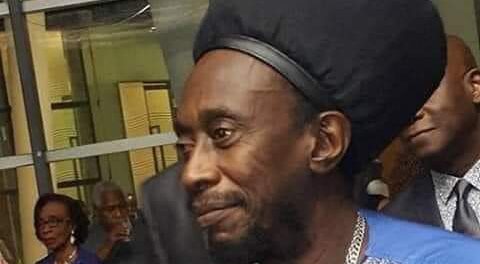 The cultural community and by extension the country has been thrown into mourning  over news of the passing of Lutalo Masimba, best known by his sobriquet Brother Resistance, which happened overnight.

Several icons within the industry took to social media in the early hours of Wednesday morning to mourn Masimba’s death.

“A Cultural General has gone to the Ancestral Realm!!! Much Thanks for your Contribution to the Cultural Landscape!!! SIP!!!” musician Karega Mandela shared accompanied by a photo of Masimba.

“RAPSO IN PEACE Brother! We have confirmed info that the President of Tuco. Lutalo Masimba. Bro Resistance just passed away. Sending out condolences to his entire Calypso and Rapso Family,” posted calypsonian Kurt Allen.

Resistance, as he is commonly called, is credited with playing a foundational role in the birth of the Rapso movement in the late 1970s, merging calypso with roots music and rhythmic blends from Africa.

His 1981 debut album, Busting Out, is revered to this day as a tool which defined the musical genre, which he described as “the power of the word, in the riddum of the word.”

By 1992, he was awarded the Hummingbird Medal (silver) for his contribution to arts and culture in Trinidad and Tobago.

In 2017, he was inducted into the Queen’s Royal College Hall of Honour.

Brother Resistance was elected President of the Trinbago Unified Calypsonians Organisation (TUCO) on three consecutive occasions, with the last election being held in July of last year.