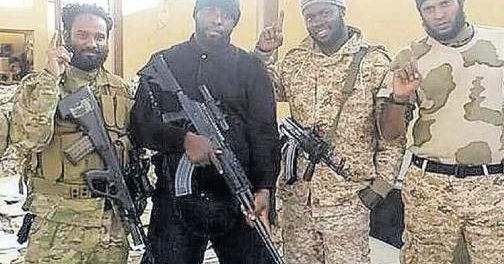 PORT OF SPAIN, Trinidad — Attorney General Faris Al-Rawi said amendments to legislation dealing with terrorism are expected to presented when the Trinidad and Tobago Parliament sits this week.

He said the amendments would include recommendations made by the Caribbean Financial Action Task Force (CFATF), international law enforcement bodies and information from court cases, the Trinidad Guardian reported.

Stating that the government has a zero-tolerance approach to terrorism, he said already his office has compiled a list comprising of 353 persons involved in terrorism, a list which he said the opposition was never able to compile before.

Legislation on the Order Paper includes: ‘An Act to amend the Mutual Assistance in Criminal Matters Act, the Proceeds of Crime Act, the Financial Intelligence Unit of Trinidad and Tobago Act, the Customs Act and the Exchange Control Act.’

Asked what systems are in place to prevent people who are returning to Trinidad and Tobago after getting training from ISIS to start terrorist groups, he assured there is a system in place which involve a number of factors.

He said law enforcement agencies in Trinidad and Tobago are already monitoring the people who returned from the “high-risk” areas.

In a telephone interview on Sunday, Al-Rawi said, “In fact, very shortly we would be tabling in Parliament on Friday, amendments to Anti-Terrorism Act to specifically speak to this. That is not to say, that operationally this kind of work does not go on.”

“You will note that the Office of the AG which runs the civil side of the equation, has been extremely busy in the listing of terrorism entities and individuals, whereas under the UNC there were no listings whatsoever. We have taken that listing-base up to 353 and I can tell you, there are more listings and more investigation afoot.”

He added that the government amended the special entity that falls under the Security Intelligence Services Act and this covers a broad range of events referred to as serious crime and anti-terrorism work.

Asked whether monitoring people who returned from ISIS would be discriminatory, Al-Rawi said matters of discrimination would have to be dealt with on a case-by-case basis and he referred to Equal Opportunities Commission where people can file actions if they believed they were being singled out.