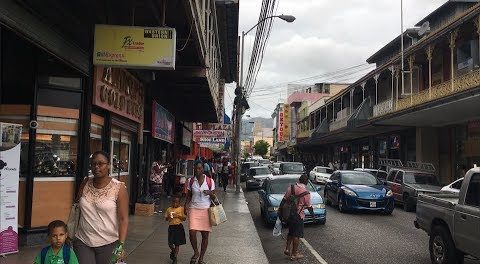 “If reports of 60,000 Venezuelan illegal immigrants are correct, this means close to 4,400 Venezuelans per 100,000 T&T nationals reside here – the highest in Latin America. Given these figures why do we not have a comprehensive immigration / refugee policy in place. Why the sloth?” asks Naparima MP Rodney Charles.

In the absence of this immigration / asylum policy, unlike Ecuador and other Latin American countries, we remain unable to access funding from the US, EU and multilateral organizations.

In addition we do not have accurate data on the numbers, age groups, education and health needs of these refugees which will form the basis of any request for financial assistance.

Opposition lawmaker and member of the Venezuelan Assembly, Carlos Valero, claims that the 60,000 Venezuelans in T&T, could reach as high as 200,000 given the dire situation in Venezuela which is not going to improve anytime soon.

He also asserted that there are currently 10,000 Venezuelans seeking asylum in Trinidad & Tobago.[1]

Trinidad and Tobago is a mere speck when compared to countries like Colombia, Peru, Chile and Brazil. Yet these countries have much, much less than 2,000 Venezuelan refugees per 100,000 of their citizens.[2] Brazil has 24 per 100,000.

The cluelessness and ineptitude of this PNM administration to deal with this ever worsening state of affairs was clearly on display when our Minister of National Security stated last Friday that, “there is no refugee crisis, it’s a situation”.

Clueless Minister Young should level with the population and say that this government will never acknowledge that there is a refugee crisis in Trinidad & Tobago because they do not wish to get in Maduro’s bad books.

Currently there is no legislation in Trinidad & Tobago … that deals specifically with asylum seekers and undocumented immigrants. At present, the laws do not allow asylum seekers or refugees to be employed or their children to obtain an education.

Ecuador which has a lower per capita ratio of Venezuelans than Trinidad & Tobago, has estimated that it needs US$550 million in order to address the health, education, housing and employment needs of the Venezuelan citizens fleeing their economic crisis. It is actively seeking international support.

If we are not careful, there may arise a growing anger in Venezuela about the manner in which we treat their citizens. This will not bode well for our long term relations with that powerful neighbour.

The callous and insensitive way this Rowley led government has dealt with this issue may have already alienated Venezuelans both in and out of our country as well as potential aid from humanitarian organisations.

We have to be careful about how we treat with this refugee crisis. Critical to us doing so is the securing of our borders, the collection of proper data on who is already here, passing necessary legislation and seeking assistance from international partners.