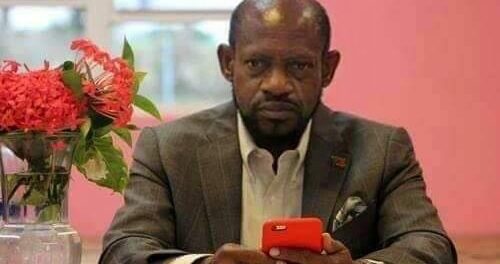 (December 1st, 2022) Foreign Affairs Minister and Minister of Trade and Investment Dr. Hon. Denzil Douglas has been left out the PM Drew-led Trade and Investment Delegation to the United Arab Emirates. Dr. Douglas is not only the country’s Chief Diplomat but he is also the Federation’s most senior official on matters of Trade and Investment which makes it quite glaring that he would be absent from such a visit to the UAE. The visit is said to be aimed, among other things, at deepening relationships with important stakeholders including international investors and government-approved agents, who play a vital role in promoting and supporting the country’s recently upgraded Citizenship by Investment (CBI) programme. Foreign Affairs Minister Douglas has primary responsibilities of Trade, Investment and Foriegn Affairs all of which would be critical in a visit of this kind to the UAE. No explanation has been forthcoming regarding the conspicuous absence of the FM Hon. Douglas from the high-level delegation. His absence has helped to maintain the notion that PM Drew and FM Douglas continue to lead different factions within the SKNLP Administration and continue to have major differences. This has been so since the very bitter SKNLP Leadership campaign just a year ago where Former SKNLP Leader Douglas referred to now PM Drew as arrogant and disrespectful and advised his party members and colleagues to vote against Drew and instead support Konris Maynard as Leader of the SKNLP. Drew eventually won the leadership campaign with less than 50% of the votes. Many insiders have stated that there remains deep-seated animosity between Drew and Douglas since the SKNLP Leadership campaign fiasco and that it continues to create issues in Cabinet between Douglas and Drew and their supporting factions.