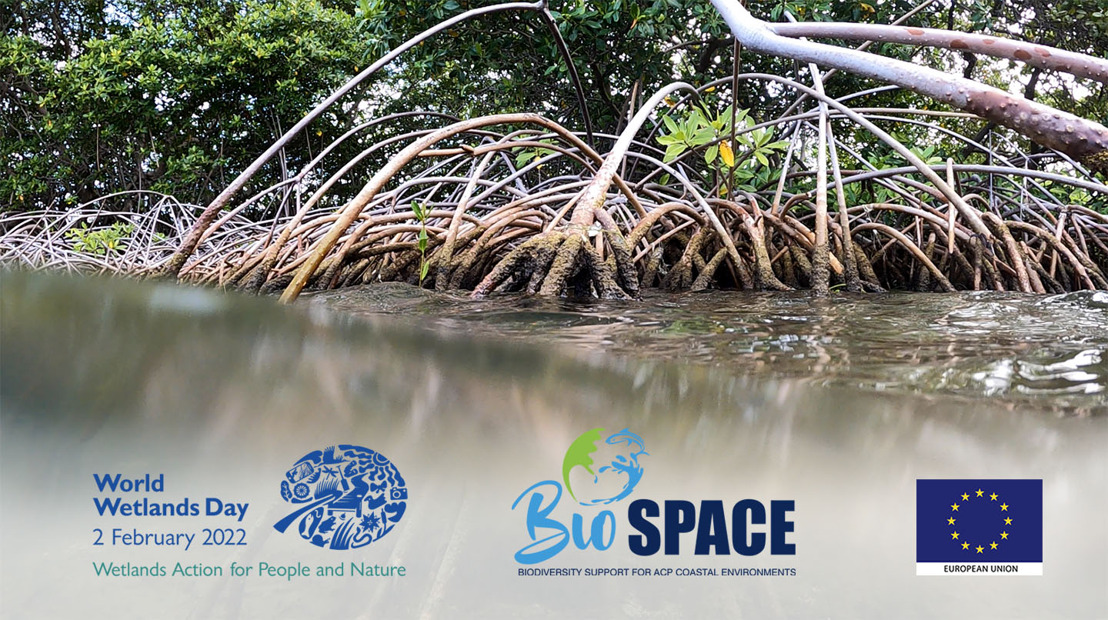 Wednesday, February 2, 2022 — Reducing carbon emissions from fossil fuels and keeping global warming temperatures below 1.5 degrees Celsius to mitigate the effects of climate change, has been the mantra of OECS Member States since the Paris Agreement was signed at COP21 in 2015. Small Island Developing States (SIDS) in the OECS are particularly vulnerable to severe hurricanes and flooding, which are intensified through the rise in global temperatures.

Global environmental entities and conservationists, including the OECS Environmental Sustainability Division, have recognised the importance of nature based solutions in curbing global warming. This includes conservation and planting of mangroves, which are defined as “salt tolerant trees and shrubs that grow in the intertidal regions of the tropical and subtropical coastlines.” Three  species – red, black, and white mangroves – grow in “wetlands” found primarily at river estuaries and ocean fronts,  and not only play a vital role in reducing greenhouse gases in the atmosphere, but also are a vital ecosystem. They are nurseries for fish, crabs, and lobsters, among other marine creatures, and several bird species nest in their branches.

Recognising the need to conserve wetlands given the significant role they play in environmental sustainability, February 2, 2022, has been marked to recognise World Wetlands Day. This day also marks the date of the adoption of the Convention on Wetlands on February 2, 1971, in the Iranian city of Ramsar. This year’s theme : ‘Wetlands action for people and nature’, highlights the importance of actions to ensure the conservation and sustainable use of wetlands for human wellbeing and environmental health. There is urgent need to invest political, human, and financial resources to stop wetlands from being degraded and to restore those that have been.

This is the first year that World Wetlands Day will be observed as a United Nations international day, following its adoption by the General Assembly on August 30, 2021, in a resolution co-sponsored by 75 member states.” (Source: unep.org)