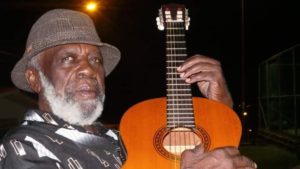 Trinidad Carnival Chairman Winston ‘Gypsy’ Peters told the media that Bailey passed away at hospital at 3 am on Tuesday October 23rd.

Peters said he was devastated by the loss, having just lost another close friend in pan composer Ken ‘Professor’ Philmore.

“I will miss him dearly. He is one of the most creative minds I have ever met,” the NCC Chairman said.

Bailey was hospitalised after suffering a stroke over the weekend.

Bailey was expected to be conferred with an Honorary Doctor of Literature degree from the University of the West Indies this weekend for his contributions as a musical composer.

He is best known for his tunes ‘Dingolay’, ‘Looking for Horn’, ‘Stranger’ and others.