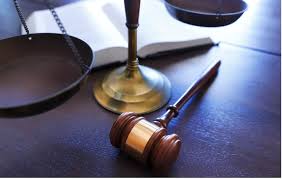 ECSC – an Institution of the OECS

Friday, March 6, 2020 — The Eastern Caribbean Supreme Court (ECSC) hosted a Media Briefing and Launch of its E-Litigation Portal on Tuesday 3rd March, 2020 at 9:00am at the High Court of Justice, Montserrat High Court, Brades, Montserrat.

Her Ladyship, the Honourable Dame Janice M. Pereira, Chief Justice who appeared LIVE via video in her featured address shared with the audience the benefits that citizens or residents of Montserrat will realize with the launch of the E-Litigation portal in the Territory. The Honourable Chief Justice also underscored to members of the audience attending the launch the benefits the E-Litigation Portal will provide in the dispensation of justice.

The launch of the E-Litigation Portal was attended by judicial officers of the ECSC; The Honourable Joseph Easton Taylor-Farrell, Premier of The Territory of Montserrat; members of the Government; The Honourable Mrs. Sherrie Jemmotte-Rodney, Attorney General of Territory of Montserrat, Ms. Vashti Chatoor; Chief Magistrate and Ms. Piyumini Weeratunga, Senior Magistrate; Permanent Secretaries in the various government Ministries; Legal Practitioners from the private and public bar; Members of the Media; and Members of Staff of the ECSC Headquarters and the High Court of Montserrat.

About the Eastern Caribbean Supreme Court:

The Eastern Caribbean Supreme Court (ECSC) was established in 1967 by the West Indies Associated States Supreme Court Order No. 223 of 1967. The ECSC is a superior court of record for the Organization of Eastern Caribbean States (OECS), which includes six Independent States: Antigua and Barbuda, the Commonwealth of Dominica, Grenada, St. Kitts and Nevis, Saint Lucia, St. Vincent and the Grenadines; and three British Overseas Territories: Anguilla, The Virgin Islands, and Montserrat. The Court has unlimited jurisdiction in each Member State and Territory.

To learn more about the Eastern Caribbean Supreme Court and the e-Litigation Portal please visit our website at: www.eccourts.org or call us at Tel: 758-457-3600.