Basseterre, St. Kitts, January 26, 2016 (SKNIS)—Prime Minister and Minister of Finance, Dr. the Honourable Timothy Harris, has reported in the Sitting of the National Assembly on January 26, that 2015 has recorded the greatest sales on record in the history of the Discounted VAT-Rate Day in St. Kitts and Nevis since its introduction in 2011.

Quoting sales figures from the Department of Inland Revenue over the consecutive five year period since the introduction of the Discounted VAT-Rate Days, Dr. Harris said that in 2011 the Federation recorded 13 million in sales; in 2012, 26 million ; in 2013, 37 million; in 2014, 40 million; and in 2015, 41 million.  Additionally, the prime minister said that the figure for 2015 was not conclusive, as there are outstanding sales information sheets yet to be submitted to the Department and that attempts are on-going to get this outstanding information submitted. The VAT was reduced to 5 percent from 2012-2015, except when it was reduced to 7 percent in 2011. 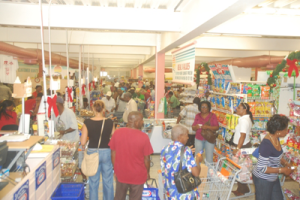 “Mr. Speaker, we must note that notwithstanding the fact that we only had one Discounted VAT Rate Day instead of 2 days (on December 18, 2015), as in the past, the total sales on that single day is one of the highest on record, Prime Minister Harris said.

“Our one day drew better results than accumulated results of prior years (2 days),” Dr. Harris said. 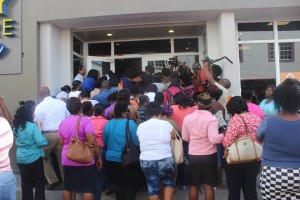 “Mr. Speaker, the main contributing factors to this reduced revenue loss were the exemption of food from VAT and the re-calibration of the VAT Policy on vehicles sold on Discounted VAT Rate Day,” Dr. Harris said, adding that “for this year’s Discounted VAT Rate Day, vehicle purchases were treated differently. The first $75,000.00 was exempt and any cost in excess of $75,000.00 was subjected to the full VAT rate of 17%.”

“Team Unity does it better. The competence is on our side,” Prime Minister Harris said, adding that with Team Unity there are “greater standards of transparency and accountability” and “able fiscal management.”

“This speaks to vibrancy in the economy,” he said.