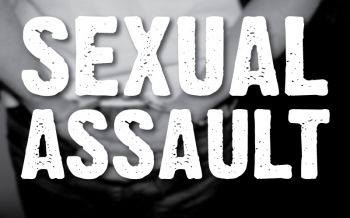 ROAD TOWN, Tortola, VI – A St Vincent national, 42, residing on Tortola, was found guilty of indecent assault on his 14-year-old daughter when he appeared before Senior Magistrate Tamia N. Richards on Wednesday March 7, 2018.
The court has ordered that their names not be published so as to protect the identity of the minor.

It is reported that the incident occurred on four different occasions in the home of the victim’s parents when her brother was in another room and the mother at work.

The victim’s mother and father have been divorced since 2015 due to domestic violence and have been living separately on Tortola.

The court heard that the first incident took place on the living room couch while the mother and brother was at church.

Magistrate Richards told the court that on other occasions the father inappropriately touched the minor when she was watching television in her mother’s room when she was dressed to go to bed.

On the last occasion, the girl was staying at her father’s house and he allegedly abused her because she wanted to take a PlayStation game with her and the accused told the victim that she could have the game in exchange for “it”.

The defendant proceeded to remove his pants and then inserted his fingers into the girl’s vagina while stroking his penis until he was satisfied.

“It is not right for a father to do that to his daughter,” Magistrate Richards recounted, while adding that the girl reported that her father told her not to tell anyone what happened.

It was during a conversation with her brother in late December 2015 that the girl revealed that their father was “molesting” her and a few days after the brother told the mother who then reported it to the police.

“Dad had been molesting me,” she said to her brother as the court heard the report.

The court heard that the mother had “goosebumps” when she heard about what the father had done to his daughter and was in disbelief.

The police arrested and charged the St Vincent national for indecent assault and has been on remand since December 25, 2015.

Meanwhile, it was reported that the man expressed that he would never do anything like that to his children because he loves them and began crying.

The accused denied all allegations and stated that the daughter was lying and that she was upset over not receiving “snack money” and wanted to punish him.

Magistrate Richards told the court that at one point during the defendant’s testimony, he held up his two fingers and asked the court if he could actually put them inside his daughter. While noting that he said that he had a girlfriend he could call if he wanted to.

Representing the defendant was Attorney-at-Law, Ruthilia Maximea who pleaded to the court to release her client for having no criminal record, good behaviour while in prison and time already served.

“He has been quiet, peaceful, non-violent and a law abiding citizen while in prison,” she stated, while adding that it’s been 2 years, 2 months and 13 days already served and had a good relationship with his daughter before the conviction and now wishes to “bridge the gap” between him and his daughter.

She also emphasised that he has been going to counseling sessions as well as engage in religious activities while in prison.

“He will not repeat the offense for which he was convicted,” urged attorney Maximea.

Senior Magistrate Tamia N. Richards will sentence the accused at a court date to be announced.