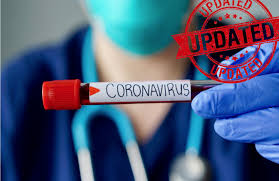 (iwnsvg.com) – Four persons without symptoms have tested positive for COVID-19 in St. Vincent and the Grenadines (SVG), offering possible new insights into how the illness could affect the country.

The four were among samples from 29 asymptomatic persons whose samples the government says it persuaded the Caribbean Public Health Agency (CARPHA) to test.

The regional laboratory, located in Trinidad, had previously refused to test samples from four asymptomatic persons in SVG.

Data presented by Prime Minister Ralph Gonsalves, on Friday, suggested that the four new cases bring to seven out of 34, the number of persons “from a particular locale of interconnectedness” to have tested positive for the disease.

The total number of cases in SVG is 12, all of which were imported, the government said.

The four new cases were among a group of persons whose 14-day quarantine should have ended on Wednesday.

Had the test not been done, the persons could have been released from quarantine and could have spread the potentially deadly disease to others, without realising that they themselves are or were infected with it.

Speaking at that event, Gonsalves said there had been “a very interesting development” in SVG over the past couple of days as it relates to the testing for COVID-19.

“And I hope people who are perspicacious enough, take account of it and reflect on it, which reflects beautifully on the Ministry of Health, Wellness and the Environment, the professionals there and on the minister,” the minister said, with Minister of Health, Senator Luke Browne standing at his left side.

The prime minister said there was a cluster of 36 persons who had “come from a particular locale of interconnectedness”.

While he said that the locale was “not geographic”, he declined to give any further information.

“I’m not saying what is the locale of interconnectedness,” the prime minister said.

He, however, said that four of those 36 persons had been tested positive for COVID-19.

Gonsalves said the Ministry of Health persuaded CARPHA to test the other 32 persons “because it will add to our analysis of this very elusive virus”.

The prime minister said that health officials had only done 29 of the 32 swabs in time for the transportation to Trinidad.

“It means, therefore, that as a working hypothesis — not yet the theory — that if you have a high-risk cluster with COVID from an interconnected source or from that cluster and they are asymptomatic, we can reasonably expect in the region of 10% to be tested positive.”

The prime minister reiterated that this is not yet a theory.

“But if there are similar clusters from similar interconnected locales across the region or in St. Vincent and Grenadines, that would add weight to the hypothesis, which means that the hypothesis would be further tested so that then we can deduce certain theoretical propositions as to causal connections, and consequentially, how we treat those persons in practical terms.

“A very important, very, very important bit of analysis and what it portends for the fight against COVID,” the prime minister said.

The prime minister’s hypothesis might have some implications for how the government treats with sailors and oil rig workers who are awaiting repatriation to SVG.

When SVG had seven COVID-19 cases, five of them were sailors.

The disaggregation of these 12 cases in terms of the industry in which they are employed and place of origin before arriving in SVG are not clear to iWitness News at this point.

However, the first case was 34-year-old lawyer, Ranelle Roberts-Williams, who has since recovered and went public about her experience on Friday, one month after her COVID-19 positive test.

The second case was a Vincentian woman who returned home to New York and had contact with 116 persons before she was placed under lockdown.

The prime minister said on Friday that all of Case #2’s contacts have been traced and the persons who had the closest contact with her tested negative.