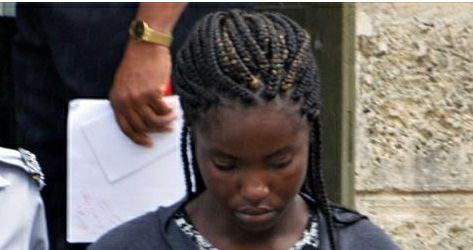 (BARBADOS TODAY) – A St Lucian chef today admitted to importing $100,000 worth of cocaine into Barbados, but said it was done unknowingly.
In fact, 23-year-old Johnelle Leeanne Pierre of Ti-Rocher, Micoud told Chief Magistrate Christopher Birch she did not have a clue what “cocaine looked like” until the day of her arrest at Grantley Adams International Airport.
The mother-of-two explained that “I am in this situation”, having borrowed the suitcase from a cousin.
She said it was dropped off by a man mere hours before she was scheduled to leave for the airport, and since it still was in the casing she simply packed her items and left.
“I honestly did not have any idea it was there,” Pierre stated adding: “I didn’t even know what cocaine looked like. I don’t even drink alcohol.”
After Pierre arrived here on September 25, a dog from the canine unit led border control officers to the drugs, which were hidden in false sides of the suitcase.
The St Lucian chef said she had no hesitation when the immigration officer asked to search her luggage, emphasizing the point that she was unaware that she had been transporting cocaine.
She further explained that at one point law enforcement officials allowed her to turn on her cellular phone and the same cousin contacted her saying she was worried.
She said she informed the relative that her bag had been kept back and “the first thing she ask was to send a picture of the bag.
“I was only off work for two weeks and I have my children and she going to drag me into this,” Pierre lamented.
Pierre’s attorney George Bennett, who appeared in association with Sian Lange, urged the chief magistrate to be as lenient as possible as the young woman had thrown herself at the mercy of the court and was not known in either jurisdiction.
After relaying her story the chief magistrate again remanded her until November 28.