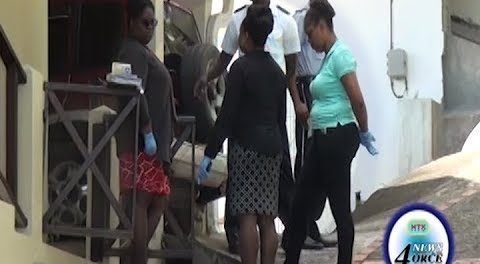 (SNO) — Education Minister Dr. Gale Rigobert has said the murder of Kimberly De Leon, an employee in her ministry, is an opportunity for government to “fast-track” legislation that will address issues concerning domestic violence and children’s rights.

De Leon, 42, who was an accountant in the Ministry of Education, was reportedly shot multiple times at the residence she had shared with her husband on Chef Harry Drive on The Morne in Castries on Oct. 29, 2018. Her two children, ages nine and five, were home with her at the time of the incident, according to reports. Residents reported hearing between seven and 10 gunshots after which her body was discovered.

Police had named her husband, a senior police officer, as a “person of interest” in the investigation because, according to them, police are aware of at least two domestic dispute reports involving the couple within the last six to seven months. However, the police cautioned that the husband was not a suspect, was never arrested, but he provided statements to investigators, as is the norm.

According to Caribbean Hot FM, Dr. Rigobert has expressed “deep sadness” and hopes that the bills tabled in the Oct. 30 sitting Parliament — Child (Care, Protection and Adoption) and Child Justice — are steps in the direction to address issues that can lead up to the life circumstances of De Leon.

In the apparent invited comment from Caribbean Hot FM a few days ago, Dr. Rigobert said: “From where I sit, this is not a news item, this is an opportunity for us to fast-track what is already in-train by way of legislation already in the review process. We have engaged in significant consultation, for example on the Domestic Violence Bill, and I am really hoping that in quick time we can bring that to the House for debate, similarly already on the agenda for the next sitting. We had to leave parliament prematurely because of that fatal accident…. Am hoping that we can address issues that pertain to children’s rights, domestic violence…”

The Ministry of Education, Innovation, Gender Relations and Sustainable Development is inviting members of the public to a candlelight vigil in honour of De Leon, today, Monday, November 5, 2018, from 5:30 p.m. in front of the NIC Building, Waterfront, Castries.