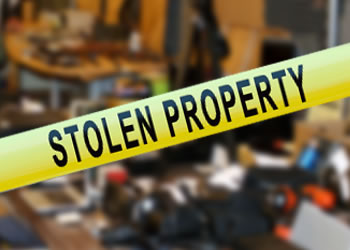 Basseterre, St. Kitts, January 25, 2016 (RSCNPF): Officers of Division “B” of the Royal St. Christopher and Nevis Police Force executed a search warrant on a premises at Farm’s Site, Sandy Point on Saturday (January 23) for controlled drugs, arms and ammunition as well as stolen goods.

A number of electronic devices including cell phones and televisions were found and were seized by the Police. Some of the items have since being positively identified by the owners who were victims of home burglaries and in one case the location was a church.

A small quantity of vegetable material suspected to be cannabis was also seized from the premises.

Three persons who occupied the house were arrested on suspicion of Burglary as part of ongoing investigations by the Sandy Point Police and are expected to charged shortly.

As a result of this this search, progress was made towards solving two separate burglaries.

In commenting on this success, Supt. Cromwell Henry remarked, “this was the result of intelligence led policing and the use of forensics to solve crime.” He thanked the officers of the Division for their continued commitment to the task of making the Federation a safe place to live and work.

To provide information on any criminal activity, citizens can call any Police station or Crime Stoppers at 1-800-8477 (TIPS).