WHO WILL REPLACE DR. DOUGLAS? 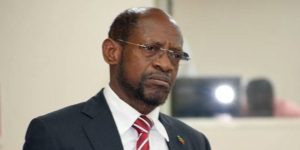 The Opposition St.Kitts-Nevis Labour Party maybe in in search of a new Leader as the party’s current Leader Dr. Hon Denzil Douglas grapples with the recent announcement by Attorney-General Vincent Byron Jr. that court documents have been filed by the government seeking a declaration by the court regarding the eligibility of Dr Douglas as a Parliamentarian whilst the holder of a passport and a citizen of a foreign country . Dr. Douglas was issued with a Dominican Diplomatic Passport in July of 2015 .

The Attorney-General as well as most legal observers see the case as a slam dunk for the Team UNITY Government as the laws state clearly that an MP cannot be a citizen of a foreign country and serve as an MP. Dr. Douglas’s Dominican passport listed him a National of Dominica. With the likelihood of Dr Douglas having to give up his Parliamentary seat the Opposition Labour Party now finds itself being forced to actively put in place, at the very least, a short term succession plan in order to replace Dr. Douglas’ leadership. 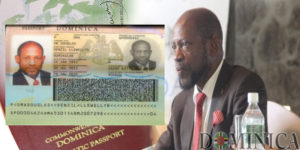 A number of Names have been floating around regarding possible replacements for Dr. Douglas as leader of the party which he has led now for near 30 years. Current Opposition MP’s Hon. Konris Maynard and Hon. Marcella Liburd seem to be the front runners to take over the leadership as the only other elected members of the party. Former Deputy Prime Minister Dr Asim Martin had been also touted as possible replacement to Douglas. However that seems unlikely as an internal movement has been actively forcing Martin out as the party’s representative in the East Basseterre seat in favour of a younger party activist. Dr Terance Drew was also touted as a possibility. However recent polls suggest that he is very unlikely to gain enough ground to overcome the incumbent Hon. Eugene Hamilton whom he lost to by almost 300 votes in the 2015 election. Some observers have suggested running Drew in Const #6 and hand him the leadership of the party. However that has been met with strong opposition from other factions within the party.

Whomever is eventually selected as the new leader the party has to put the machinery in place asap to replace Dr. Douglas very soon as the Passport matter will likely be dealt with expeditiously and the party will then be forced to immediately implement or install a new leader.