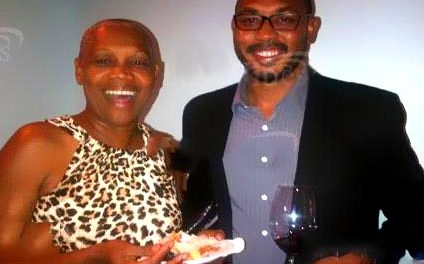 St.Kitts-Nevis Opposition MP Hon. Marcella Liburd has declined an invitation from Ambassador Jonel Powell to sit with him and discuss a joint non-partisan approach to the fight against crime in the Central Basseterre constituency, the 2nd largest constituency in the federation . Hon. Liburd and Ambassador Powell are representatives of the Opposition and the government in that constituency.

In a Letter dated August 24th, Ambassador Powell reached out to MP Liburd to join with him and his team  along with other key community leaders to engage in meaningful discussions  that will ultimately lead addressing the issue of crime in Central Basseterre and by extension the country.

“It is my belief that the issue of crime is beyond the fora of politics, social standing, race and all other socio-economic and political categorizations that divide us. We are still affected . It is with this in mind that I invite you to meet with me and my team to discuss and plan a strategy to engage the constituents of Central Basseterre on this very serious matter in a Joint, non partisan manner,” stated Ambassador Powell in his letter to MP Liburd.

His Excellency Ambassador Powell continued  ” It is imperative that we deem ourselves servants of the people that we must demonstrate our service to all and with all despite political affilliation. I urge you to join with me, PAM and Labour, Government and Opposition to address this urgent issue of crime in our society.” 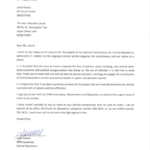 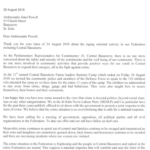 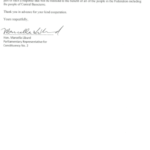