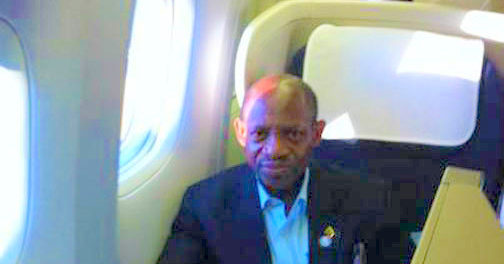 (March 23rd, 2018):-Israeli hackers who were known associates of and worked with Cambridge Analytica, the data collection firm that worked on U.S. President Donald Trump’s election campaign, offered material on two politicians who are heads of state, the Guardian reported Wednesday, citing witnesses.

According to the report, the hackers obtained the materials by hacking the private email accounts of the two politicians.

Executives at Cambridge Analytica – including CEO Alexander Nix – instructed the staff to use the materials provided by the hackers in election campaigns in Nigeria and St. Kitts and Nevis, citing multiple sources.

SCL the Parent company of Cambridge Analytica was used in the Re-Election Campaign of then St.Kitts-Nevis Prime Minister Dr. Denzil Douglas in 2010. They were once again hired in 2015 by the Dr. Douglas led Labour Party to again manage his re-election campaign. It is during the lead-up to the 2015 Campaign the guardian reports that emails and personal information including medical records of the now Prime Minister Dr. Timothy Harris was accessed by Israeli Hackers.

According to the report, Cambridge Analytica employees met Israeli cybersecurity contractors at their London office. The Israelis reportedly gave them a USB stick containing what they said were hacked emails. The employees were told to search the data for incriminating material that could be used to damage the opponent of then-Nigeria President Jonathan Goodluck, who hired the firm. Goodluck lost the election to Opposition Leader Muhammadu Buhari.

SCL Elections/Cambridge Analytica is under fire for harvesting the private information of millions of Facebook users in order to sway voters. The firm reportedly used various tricks to entrap the rivals of their clients. In 2010 the company concocted an elaborate Multi-Million Dollar scheme to entrap the opponent of their client then St.Kitts-Nevis Prime Minister Dr. Denzil Douglas.

On Tuesday, Britain’s Channel 4 News published a video which secretly taped executives from the company admitting that they used British and Israeli spies, honey traps and fake news campaigns to help their clients.

“It sounds a dreadful thing to say, but these are things that don’t necessarily need to be true as long as they’re believed,” CEO Nix is recorded as saying in one exchange, describing the types of tricks employed by the firm.

“We use some British companies, we use some Israeli companies,” Nix was quoted as saying by British media. “From Israel. Very effective in intelligence gathering.”

The New York Times and The Observer of London reported over the weekend that Cambridge Analytica exploited information from over 50 million Facebook users as it was developing techniques to support 2016’s election bid. The newspapers reported that the data breach was one of the largest in the history of Facebook.