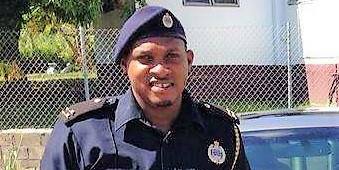 The arrest of recently announced Opposition SKN Labour Party Candidate Leon Natta is sending shockwaves throughout the country as persons are expressing dismay at the Political Candidate’s involvement in what seems to be an ongoing investigation into a missing firearm.  According to sources from within the Police Force Natta was uncooperative in an investigation into a missing firearm. The source indicates that Natta had misplaced his firearm and failed to report it to police. The matter was further compounded as it is alleged that the firearm was returned to Natta but without bullets and cartridges. Rather than reporting the matter to police Natta attempted to retrieve the bullets and cartridge himself . Natta never reported or indicated any of these activities to the police despite the police questioning him with regards to the investigation. During the course of the investigation it was revealed that Natta had not renewed his firearm license since January 2018 . Every licensed gun holder is expected by law to have their firearms renewed annually in the month of January.

The series of events has shocked most as it seems unfathamoble that a Political Candidate and Senior Customs Officer or  Law Enforcement Official  in the current environment of heightened concerns regarding gun crimes would flout the law with regards to unlicensed firearms as well as not cooperating with Police in ongoing investigations. It is a very serious matter according to a source close to the High Command. “This is not just someone who had an unlicensed firearm but this is someone who flatly refused to cooperate with the police in their investigation into a matter related to firearms,” said the unnamed source.

The Police High Command recently renewed their efforts to crack down on illegal firearms and heightened their crime fighting efforts as the Country continues to grapple with a 20 plus year issue of gun crimes.

In a recent statement Prime Minister Dr. Hon. Timothy Harris called on the UN to assist with the control of gun flow into the Caribbean.

In his address at the United Nations General Assembly, PM Harris said while Caribbean Governments continue to do all they can to protect their borders, “it is beyond our power to unilaterally control the flow of guns into the region or the habit that drives the dangerous global drug trade”.

“Throughout the Caribbean, we suffer from an increase in crime connected to the trade in small arms, light weapons and the drug trade,” he said.

“These weapons flow into the Caribbean where they are not manufactured and are linked to an insatiable drug appetite in the west,” the Prime Minister added.