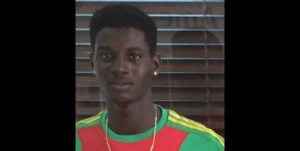 St.Kitts-Nevis has struck gold at the 2017 CARIFTA Games now taking place in Curacao. Jermaine Francis outclassed the field in the Mens U20 High Jump to not only win Gold but also breaking the CARIFTA Games Record.

Jermaine broke the record by clearing  2.22m which is also a St.Kitts-Nevis National Junior and Senior Record!!

Francis won the competition last year with a jump of 2.11m. This shows a markef improvement over the last year.

Jermaine was the defending Champion in the Under 20 Category.