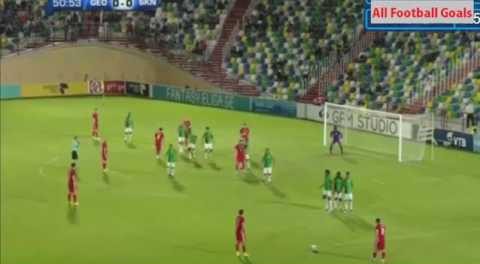 This was their second match of a two-game European tour, the first match against Armenia on Sunday also ended in defeat 5 goals to nil.

WINN spoke with Sugar Boyz captain Thrizen Leader of the St. Pauls United Football club after the Georgia match.  He said bad decisions contributed to Georgia being able to score on their defense, and the Sugar Boyz not being able to net in the match.

“We played against tough opponents who were tougher to break down. It was about being unlucky on certain decisions why we conceded so many goals in the two games we played.”

“This is our second trip in Europe and playing against tougher opponents I think the guys did fairly well and also it was a learning process for the younger players who just joined the team.

“It also shows that our football has some ways to grow if we need to compete against these bigger nations.”

Head Coach Jacques Passey also told WINN FM that the matches were learning experiences for St. Kitts and Nevis as these were two of the most critical international matches the team has played in recent history.