Caribbean Community Minister of Health have endorsed steps being taken by the CARICOM Secretariat and its partners – the Pan American Health Organisation (PAHO), the Caribbean Public Health Agency (CARPHA) and the University of the West Indies (UWI) to develop the Caribbean Cooperation in Health (CCH IV) scheduled to be launched in September 2016.

The endorsement was made at the 28th Meeting of the Council for Human and Social Development (COHSOD) held in Washington D.C. on 27 September, 2015.The meeting was chaired by Hon. Wendy Phipps, Minister of Health of St. Kitts and Nevis.

The Caribbean Cooperation in Health Initiative (CCH) was developed within the framework of functional cooperation. It was adopted by CARICOM Health Ministers in 1984 to optimise the utilisation of resources, promote technical cooperation among member countries, and to develop and secure funding for the implementation of projects in priority health areas. The concept promotes collective and collaborative action to solve critical health problems best addressed through a Regional approach, rather than by individual country action. The initiative was approved by CARICOM Heads of Government in 1986 when CCH Phase I was launched.

During the two-day meeting last month, the Ministers recognised that the intersectoral actions required for the solution of the Region’s health problems require much broader stakeholder consultation than was required for CCH IV. They urged the Steering Committee to facilitate these consultations. 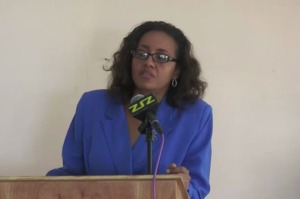 The Ministers also looked critically at the budget of CARPHA and debated its request for a budget increase. They have asked the CARICOM Secretariat for a review of the organisational remit of CARPHA to determine any new requests.

The Ministers also recognised the work of PAHO and CARPHA towards the establishment of a Regional regulatory system for medicines and other health technologies. This measure is expected to improve the quality and cost of pharmaceuticals to which CARICOM nationals have access. The Ministers endorsed the efforts being undertaken to improve harmonisation of access to health information in the Region.

They expressed approval of the fact that the first two sittings of the CXC-managed Regional Examination for Nurse Registration had been concluded with minimum challenges. The COHSOD was informed that the stakeholders – the Regional Nursing Body and the National Nursing Council were pleased with the results of the examinations.

The candidacy of Jamaica to the WHO Executive Board as of 2017 and that of Grenada to the Executive Board of Global Fund for HIV, Malaria and Tuberculosis for 2016-2018 were both approved by the Council.

Approval was also given for Antigua and Barbuda to replace Jamaica on the PAHO Executive Committee commencing 2016 to 2019. The Council also reviewed and accepted a set of Regional Guidelines for the Care of Pregnant Women.

The COHSOD Chairman, in concluding the meeting, thanked the CARICOM Secretariat and PAHO for facilitating a productive and successful COHSOD.