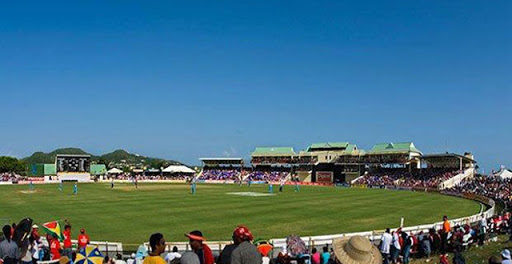 In what comes as a significant development within the Board of Control for Cricket in India (BCCI), the decision-makers are divided 3-2 when it comes to the venue for the 2020 edition of the Indian Premier League (IPL). While the matter is heavily tilted in favour of hosting the tournament in the country, some team-owners want to take it outside if needed.

Also, players across the globe have been vocal about looking forward to playing in the IPL now that it is almost certain that Cricket Australia (as per their mail to the ICC) is not in a position to host the T20 World Cup in October-November as per initial schedule.

There are countries where COVID-19 is not present at all, or the cases are very few in number. Hence those countries could get a chance to host IPL 2020. Here are the top 3 candidates.

Here are the three countries which can host IPL 2020 if it is moved outside India:

While the entire United States of America (USA) is worried about coronavirus pandemic, Barbados – the eastern Caribbean island – is free from the COVID-19. Since many matches of Caribbean Premier League (CPL) 2020 will be played at the two stadiums of Barbados, IPL officials could consider moving the tournament to this Caribbean Island this year. Besides, two-three IPL teams hold stakes in the franchises of the CPL. Thus, it will help them in the marketing process as well.

The neighbouring country of India is the frontrunner in this race because unlike Barbados, there will not be a completely different time zone in Sri Lanka. The time difference is pretty less which would allow the IPL Governing Council to host matches as per the Indian fans’ convenience. The island nation has less than 350 active cases as of now. Therefore, BCCI could seriously consider Sri Lanka as one of the venues for IPL 2020.

Another reason which would drive BCCI to conduct the tournament in Barbados or Saint Kitts and Nevis is that the West Indies Cricket Board (CWI) has a good relation with BCCI.