With employment figures in St. Kitts and Nevis already at an all-time high, close to three hundred Kittitians and Nevisians were preparing to take up permanent jobs at Park Hyatt St. Kitts Christophe Harbour. This was confirmed by Vice Chairman of Range Developments Mr. Mohammed Asaria in July of this year, during a tour of the facility by Cabinet Members and other high-level officials.

Mr. Asaria stated that Park Hyatt St. Kitts has already had a positive impact on the federation’s economy through the creation of close to one thousand jobs during the construction phase. 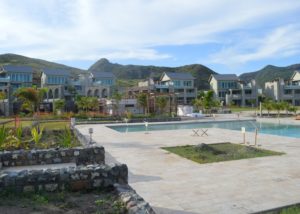 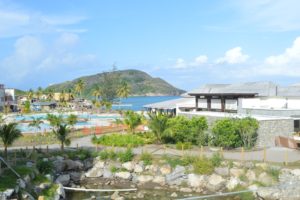 In July, Prime Minister Dr. the Honourable Timothy Harris said that he was impressed with the first class resort, and that he looked forward to its opening.

“I feel satisfied that the target date of November 01, 2017 for the official opening of this facility is realizable with hard work. I want to commend the over 800 workers who have been engaged on this property at various periods of activity on this site – construction, plus all the sub-contractors who had become involved, and I gather that, at one point, it reached a high of about 60 sub-contractors,” said Dr. Harris. “So this particular site has provided a livelihood for over 800 plus persons residing in St. Kitts and Nevis and we are happy for this kind of economic activity and the multiplier effect of this throughout the economy,” the Honourable Prime Minister continued.

Dr. Harris also commended Range Developments and Kier Construction Limited for partnering with the Government of St. Kitts and Nevis on this project and added that working together in a unified way is always welcome and reaps significant benefits.

The Park Hyatt St. Kitts Christophe Harbour is expected to provide sustainable, long-term economic benefits to the Federation of St. Kitts and Nevis for generations.