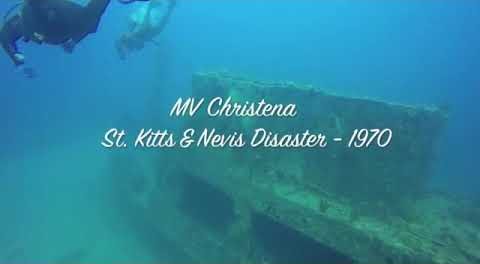 BASSETERRE, St. Kitts, July 31, 2020 (Press Unit in the Office of the Prime Minister) – As the Federation of St. Kitts and Nevis observes the 50th anniversary of the MV Christena disaster that claimed the lives of more than 200 persons, Prime Minister Dr. the Honourable Timothy Harris says it may be time to begin regulating access to the wreckage site by divers, given its history and significance to our heritage.

“The site of the Christena Disaster is an underwater heritage site, as it is the final resting place for the doomed boat, as well as for some of its passengers. My Administration will therefore consider implementing regulations that govern access by divers to the underwater wreckage site,” Prime Minister Harris said when he delivered remarks at the special sitting of the Nevis Island Assembly today, Friday, July 31, to commemorate the 50th anniversary of the MV Christena disaster.

Thehonourable prime minister reflected on an interview he conducted with the St. Kitts-Nevis Observer Newspaper some 23 years ago for an article that was published on February 1st, 1997 titled “Sacrilege or History? Diving the Christena Wreck.”

“At that time, I was Minister of Agriculture and Fisheries. I said then that, ‘The area may be considered special and requires some policy.’ I also said that it would be important to gain “some public consensus” on the matter of whether diving should be allowed at the Christena wreck site. Perhaps the 50th Anniversary is as propitious a time as any to put these ideas into action,” Dr. Harris commented.

“Perhaps we can look at making it a protected or regulated wreck dive site, where, for instance, divers would only be allowed to view the sunken boat from the outside and they would have to avoid contact with the remains of the boat when taking photos and video,” the prime minister added.

Withthis  in mind, Prime Minister Harris said legislation such as a Historic Wrecks Act would be required in order to “preserve and safeguard St. Kitts and Nevis’ underwater cultural heritage of momentous importance to the people of St. Kitts and Nevis.”

TheMV Christena sank in The Narrows between the islands of St. Kitts and Nevis on August 01, 1970, claiming the lives of 233 persons, while about 90 persons survived.