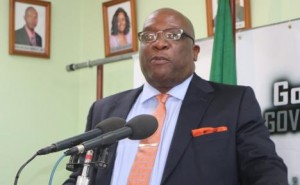 BASSETERRE, St Kitts – The revamped St Kitts and Nevis citizenship by investment (CBI) programme has surpassed the expectations of the Team Unity administration, according to Prime Minister Dr Timothy Harris.

Harris made the statement on Tuesday while delivering the coalition government’s first national budget.

He told Parliament that CBI revenue for 2015 is expected to surpass the budget by 42.3 percent.

Wearing his finance minister’s hat, the prime minister said government expected by the end of 2015 to realize a recurrent account surplus of about $222.1 million, some 16 percent above the estimate.

“By the end of 2015, we expect to realize a recurrent account surplus of about $222.1 million, 16.4% above the estimate. The surplus will be derived from the net of anticipated recurrent revenue of approximately $733.3 million and projected recurrent expenditure of $511.2 million,” the prime minister advised.

“Non-tax revenue is expected to be the main contributor to the favourable out-turn when compared to the budget, as fees from the CBI programme will most certainly likely surpass the estimate for 2015 by a whopping 42.3%. I take great joy in repeating that CBI revenue for 2015 is expected to surpass the budget by 42.3%.”

In opposition Team Unity described it as a “slush fund” being used at the whims and fancy of then prime minister Dr Denzil Douglas.

They called for more transparency and accountability of the Sugar Industry Diversification Foundation (SIDF), which generated millions of dollars for the federation from the CBI programme.

In his budget presentation on Tuesday, Timothy Harris said he was making good a pledge to put the SIDF funds in government coffers.

“Mr Speaker, one of the Team Unity government’s manifesto promises was the replacement of the Sugar Industry Diversification Foundation (SIDF) by a new entity that complies with the provisions of Section 69 of our Constitution. Such compliance is inclusive of full transparency, with its revenue being deposited into the Consolidated Fund. Early in 2016, our Team Unity government intends to fully transform the SIDF in keeping with our unequivocal manifesto commitment to bring accountability, bold public scrutiny, and financially prudent investment of the SIDF’s resources in the interests of national development and sustainable human development endeavours,” Harris said.

“These initiatives will auger well for the good governance agenda that is a hallmark of our administration’s approach to national transformation and public sector management.”

Among other measures announced, risk pay increase of 20 percent for the police, prison officers, the Defence Force, Coast Guard and Fire Services.

The prime minister made it clear that this was a move intended to help those involved in fighting violent crime make a more concerted effort to deal with the situation.

St Kitts and Nevis has had 30 homicides for the year so far.

In relation to the country’s debt burden, Harris indicated that the public sector debt currently stands at $1.8 billion.