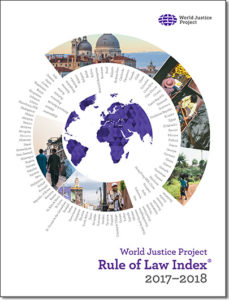 Basseterre, St.Kitts (April 24th , 2018) A new global study has concluded that St.Kitts-Nevis  enjoy the Caribbean’s best and fairest rule of law and is the least corrupt Caribbean country in the world .

According to the Rule of Law Index 2017-18 released by the World Justice Project (WJP), St.Kitts-Nevis topped the Caribbean as the least corrupt country with a #1 Ranking in the area of absence of corruption . The federation ranked #25 in the world. 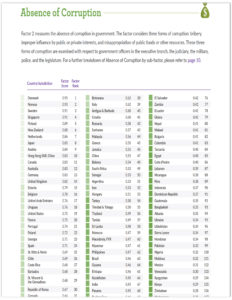 The World Justice Project Rule of Law Index Absence of Corruption list and ranking  considers three forms of corruption: bribery,improper influence by public or private interests, and misappropriation of public funds or other resources. These three forms of corruption are examined with respect to government officers in the executive branch, the judiciary, the military, police, and the legislature.