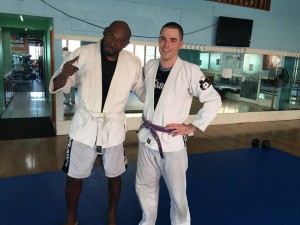 Stanley has been in the sport for over five years and has competed on the international stage with fights in England, Venezuela and throughout the Caribbean. His next stop is the Aruba Fighting Championship in December.