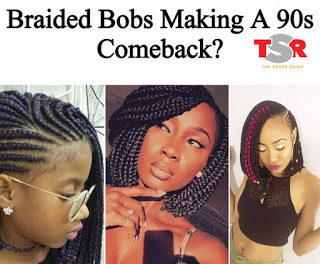 St.Kitts hairstylist Jalicia “Plaitologist” Benjamin of Jalicia HairStyles is arguably the best braidstylist in the world. The young and beautiful St.Kitts hairstylist  was recently featured on the  popular social media entertainment page The Shaderoom . The Shade room boasts nearly 10 million followers. The entertainment social media blog  featured some of Jalicia’s masterpiece braiding styles. The styles can be seen in the  pic with the caption “Are braided bobs making a 90s comeback”? 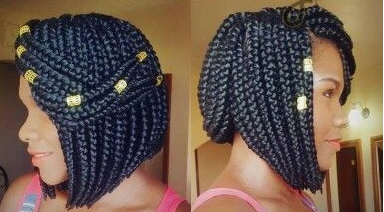 Theshaderoom editor wrote, all our favorite 90’s trends are making a comeback, including braided bobs that are giving us some serious Moesha vibes.
Protective styles, like these braided bobs by our roommate Jalicia Benjamin, are a great way to protect your natural hair and an easy way to switch up your look. Not to mention, it’s low-maintenance.
Braids don’t have to be long to make a statement. Whether you jumbo-size it or go for Marley Twists, it’s all in the details! #Roomies, are you feeling this look? #TSRHairDosAndDonts 📷: Via @jalicia35

The pic has garnered over 30 000 likes and counting.

Braiding hair ever since she’s known herself, Jalicia Benjamin, recalls the days in her childhood when her mom would ask her to cut the braid or prepare the hair. “That’s all I’ve known,” she said, finding it difficult to remember the exact age when she started. Now an entrepreneur, the twenty five year old works in the capital on Cardin Avenue in Basseterre and often shares her beloved hairstyles with her clients and followers.

At the age of fifteen, she began working for herself, and though her plaits then were not perfect, this  did not stop her from making a place for herself. She started off by 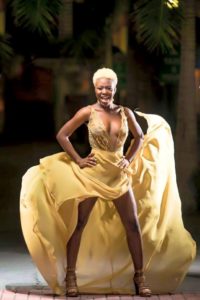 charging $30 – 50 for a braid style and as she better, her prices went up. As for being an entrepreneur she says,  “Nothing much to do in life when you’re independent but to better yourself. Put the money to use and live comfortable.”

Jalicia’s styles have been shared and copied millions of times all over the world via social media. She is the most in demand braidstylist in the Caribbean and arguably the best braidstylist  in the world.