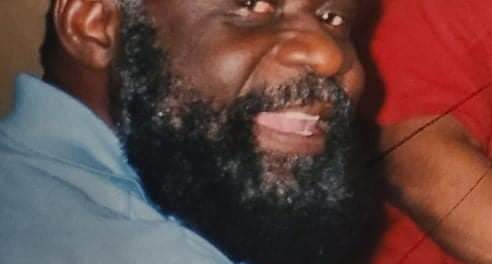 ST KITTS, July 16, 2021 – The 19th year of South Jersey Caribbean Festival started by St Kitts and Nevis national, Nkem Tshombe, returns to the Wiggins Waterfront Park on Saturday 17th July from 2 p.m. to 8 p.m.
“Just come out and enjoy a day of Caribbean culture in the park,” said Kylla Herbert, the president of the South Jersey Caribbean Cultural and Development Organization, which organizes the festival. “It’s a free event.”

She said the event will be headlined by Farmer Nappy, an award-winning Trinidadian singer. Before he goes on a steel pan drum band called the Philadelphia Pan Stars will play. So will Camden’s Universal Dance and Drum ensemble as well as numerous other acts.
Additionally, Herbert said there will be vendors at the event with Caribbean food, clothing and artifacts and free activities for kids like face painting, sand art and a bouncy house.
This is the event’s 19th year. It was begun by Herbert’s father Nkem Tshombe, who hailed from St. Kitts and Nevis.
“When he passed away in 2007, I took it over and coordinated the festival with a small group of members,” Herbert said. “It’s grown a lot over the years. Especially the last few years. I think word has been getting around more.”

A version of the event still went on last year in a smaller capacity despite the pandemic, although it did happen at a different venue, Farnham Park in Parkside.
“It’s great to be able to bring the culture back to the waterfront,” Herbert said. “It’s been a rough year for a lot of people, so we’re happy to be able to bring the Caribbean culture, the music, the food, the entertainment to the community for free.”
The South Jersey Caribbean Cultural and Development Organization, Inc (SJCCDO) is a non-profit 501 (c) 3 organization established for charitable and educational purposes.
The SJCCDO was founded by the late Nkem Tshombe, a former Camden resident and proud Caribbean man. He was actively involved in promoting Caribbean cultural and arts events in Philadelphia region for many years. His love and knowledge of Caribbean music, history and art lead to the formation of the SJCCDO.
The SJCCDO’s mission is to promote understanding and awareness of Caribbean culture through arts, cultural and educational programs.
Since 2001, the SJCCDO has provided educational and cultural activities to residents in the Southern New Jersey region. Many of the SJCCDO’s activities have taken place in the City of Camden providing programming for disadvantaged youth. Programs include Steel Drum workshops, cultural dance performances and an Annual Caribbean Festival.
The South Jersey Caribbean Festival celebrates the vibrant and diverse culture and traditions of the Caribbean islands.
The Annual South Jersey Caribbean Festival is a FREE cultural event that showcases Caribbean art, music, food, and dance. This multi-cultural family event attracts people from the New Jersey and Philadelphia regions with its dynamic entertainment and Caribbean food favorites such as Jerk Chicken, Oxtails, Curry Shrimp, Roti and more. There are free activities in the children’s tent, community information, health screenings, Caribbean food vendors and FREE giveaways.
The South Jersey Caribbean Festival began in 2001 with the support of the Walt Whitman Arts Center in Camden NJ. Over the years, we have had many community partners that help the festival take place. The South Jersey Caribbean Festival has featured local artists including Camden’s Universal African Dance Ensemble, Ras Niger Ali, Camden’s Sophisticated Sisters and Grammy nominated Latin Jazz group, Cintron. International artists that have perform include Alison Hinds, Dexta Daps, Kerwin Dubois, Black Stalin, Swallow, the Mighty Sparrow, Alston “Beckett” Cyrus and many more.

Courtesy of Tap Into Candem