St.Kitts-Nevis Attorney General Hon. Vincent Byron Jr.  has confirmed that over the government has been hit with over $10 million in lawsuits for wrongful arrest and detention mostly under the watch of Former Commissioner of Police C.G Walwyn.

AG Byron stated “Our Attorney General’s Chambers, since 2015, we have inherited a situation where we have some 15 claims against the state for wrongful arrest and unlawful detention. Some people more than three years in jail, and then when they reach court the case is withdrawn.” 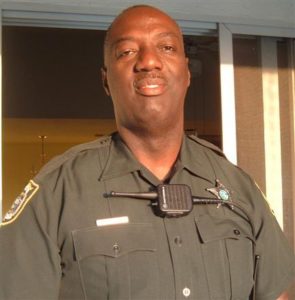 “I have claims before us of up to ten million dollars going back years when the strategy then was to lock up people without bail – bail never used to be granted- they locking them up because they solving crime. Up to three years, people just lock up there and then when time comes [court] okay you could go, and now we’re faced with claims for one million, two million dollars from these people,” AG Byron continued while addressing the National Assembly on Wednesday June 28th

In 2015 Everette  Davis was awarded $160,000 for the breach of his constitutional right of freedom to movement when he successfully took the State to court for wrongful arrest and imprisonment.

One suit settled just last week resulted in the government having to pay the claimant over $60,000.

AG Byron stated  the majority of suits stemmed from arrests made during the tenure of former Police Commissioner CG Walwyn.