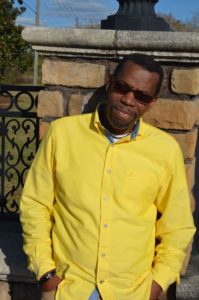 Movement-PAM. The former Party Chairman confirmed his intentions and launced “REAL CHANGE” campaign via Social Media. The Launch comes some 10 days before the Party is expected to meet in Caucus on April 8th to elect a new executive to chart the way forward for the next year and likely into the next General

Elections in 2020. The new Executive will ne ratified at the Party Convention which is scheduled for April 23rd at the Party Headquarters.

The Filmmaker/Writer/Director Liburd is a highly educated  recent Post Graduate of Full Sail University and holds a Masters Degree in
Journalism and a Bachelors Degree in Public Relations . He  is the owner of SBL Communications the producers of Rap with Rusty a weekly TV Talk Show that’s aired on ZIZ. 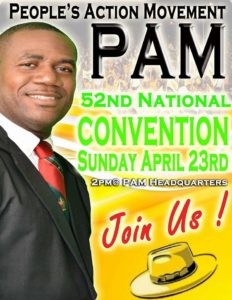 2012. In 2013 Liburd was one of two persons vying for the Central Basseterre PAM Candidacy along with Attorney Jonel Powell. Powell eventually got the nod over Liburd in what was a memorable campaign for the Candidacy of PAM Central.

The Current Deputy Leaders of PAM are the Hon. Eugene Hamilton and His Excellency Ambassador Jonel Powell. PAM Leader Hon. Shawn K Richards is the Deputy Prime Minister of St.Kitts-Nevis. PAM holds more seats in the St.Kitts-Nevis Parliament than any other party and they are one of three partner parties including the CCM and the PLP that make up the ruling Team UNITY Administration led by Prime Minister Dr. Hon. Timothy Harris.