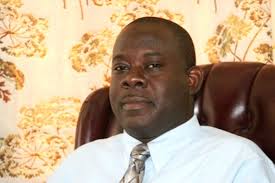 CHARLESTOWN, Nevis — E Robelto Hector has emerged the new leader of the Opposition NRP on Nevis. The former minister in the Nevis Island Administration came out on top at the end of what many have described as the nastiest internal party political leadership battle in the history of SKN Politics . Hector came out on top despite being labelled by his own party membership as the most corrupt politician in the history of Nevis politics.

In 2017, Hector lost his seat in the Nevis Island Assembly elections to Hon Spencer Brand.

Hector expressed gratitude following his win. He said he is committed as the new leader to ensure that this public trust is nurtured and properly managed to ensure the reconfiguration of the political landscape in Nevis.

“Ensuring that NRP takes its rightful place in governance in ensuring the return of peace progress and prosperity in this Federation of ours,” Hector said. “My ascent to leadership is merely a small step to the journey of bravely confronting the many hurdles and distractions in accomplishing the true vision of this party, which has been properly etched in the history of Nevis,”