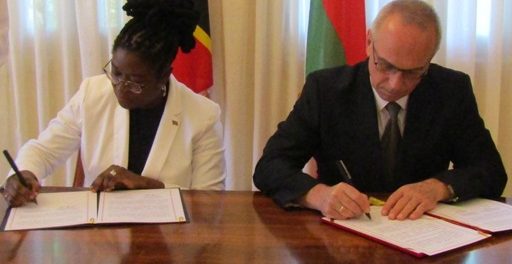 November 02, 2018 (Ministry of Foreign Affairs) — The Government of St. Kitts and Nevis and the Government of the Republic of Belarus signed in Havana, Cuba, an Agreement on Mutual Abolition of Visas, on October 19, 2018.

The Embassy of the former Soviet Republic was the venue for the signing, which represents a concrete expression of both countries’ mutual aspiration to further promote the development of bilateral relations, and to encourage and facilitate travel of citizens of and between both countries.

Holders of valid passports -of all types- of each country, will no longer require a visa to enter or transit through the territory of the other.

Both diplomats expressed the hope that the agreement will indeed result in greater movement/visits/ travel by the peoples of both countries.

The Federation of St. Kitts and Nevis established diplomatic relations with the Republic of Belarus on the June 04, 2016.