The 32-year-old royal will spend time with the singer after she performs at a November 30 “Golden Anniversary Spectacular Mega Concert” celebrating Barbados’ 50 years of independence. He will also give a speech before the festivities begin.

New details of the tour, which Harry is carrying out on behalf of the Queen, were released Thursday, November 10, at an official briefing in Buckingham Palace. 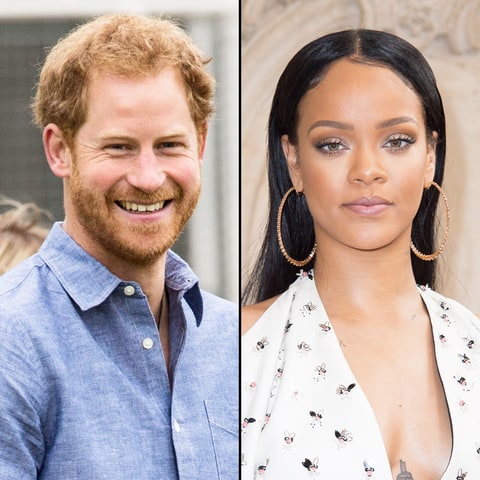 “The visit will see Prince Harry carry out a wide variety of engagements across the seven countries, from official anniversary ceremonies and meeting with inspiring conservationists and young leaders, to engaging with well-known cultural figures and national sporting stars, to seeing the impressive work of a number of important local organisations and charities,” his spokesman Jason Knauf told media, including Us Weekly.

“Prince Harry is honoured to be visiting the Caribbean in the year of the Queen’s 90th birthday, and to continue to develop the royal family’s strong bonds with the people of these important Commonwealth countries.”

The Prince’s exciting trip kicks off on November 20 and will take him to Antigua and Barbuda, Barbados, Grenada, Guyana, St. Kitts and Nevis, St. Lucia, and St. Vincent and the Grenadines. It’s his second official Caribbean visit since his 2012 tour.

Harry will spend part of the tour focusing on the environment and conservation when he learns about important turtle conservation projects on the island of Nevis, and replanting coral reefs in the seas surrounding Grenada.

And while he will spend most of the trip in hotels, Harry will also travel and stay on a Royal Fleet Auxiliary Wave Knight vessel for six nights. The huge boat has a permanent crew of around 90 and is also used for disaster relief.

An entourage of 10 will join Harry for the tour, which includes his private secretary Ed Lane Fox, adviser Sir David Manning, Knauf and a communications team of three, two programme coordinators, a visit support officer and a palace orderly.

One person who won’t be joining is girlfriend Meghan Markle (after all, this is an official royal tour). Harry confirmed his relationship with the Suits star, who he first met in June, via a statement on November 8.

In the official letter, Harry hit out at social media trolls and certain British media outlets for racist and sexist treatment of the 35-year-old philanthropist and actress.

When asked if there are concerns that the prince’s relationship news would overshadow the important engagements on the tour, Harry’s spokesman replied: “Not concerned at all. As you can see it’s a very busy, full and varied programme. Prince Harry has been preparing hard for [this tour], so we’re really looking forward to it.”