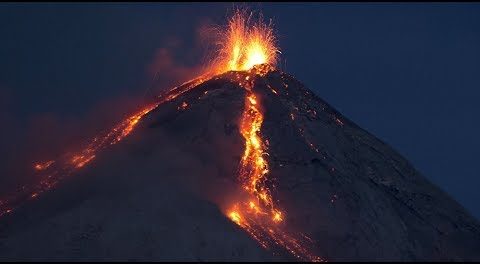 BASSETERRE, St. Kitts, June 6, 2018 (Press Unit in the Office of the Prime Minister) – The Prime Minister of St. Kitts and Nevis, Dr. the Honourable Timothy Harris, has reached out to the President of the Republic of Guatemala to extend deepest condolences on behalf of the Government and people of the twin island Federation for the tragic loss of life that resulted from the eruption of the Fuego Volcano on Sunday, June 3, 2018.

According to Guatemala’s disaster relief agency, at least 75 people have died and more than 190 people are reportedly missing after the Fuego Volcano erupted for the first time in more than four decades.

In a letter to His Excellency Jimmy Morales Cabrera, Prime Minister Harris stated that the Government and people of St. Kitts and Nevis “are saddened by the destruction caused and are quite aware of the fact that when an incident of such magnitude occurs, an entire nation goes into mourning.”

Dr. Harris added, “We therefore pray that the families affected will be able to overcome this catastrophe and return to a peaceful life, and the nation of Guatemala is restored to stability and a promising future as soon as possible.”

Prime Minister Harris further assured the Guatemalan President that in this time of sorrow, the bonds of friendship that bind St. Kitts and Nevis and Guatemala will be strengthened and maintained.

“Excellency, I wish to reiterate, that in this trying time, the Government and the people of St. Kitts and Nevis stand in solidarity with Guatemala and avail ourselves of this opportunity, to renew to your Government and people, the assurances of our highest and esteemed consideration,” Dr. Harris said.