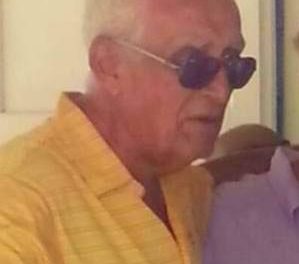 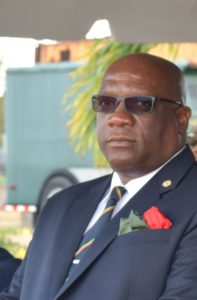 Prime Minister of St. Kitts and Nevis, Dr. the Hon. Timothy Harris on Monday evening extended heartfelt condolences to the Brisbane family of Basseterre, on the passing of the family’s patriarch, Mr. Charles Brisbane OBE.  Prime Minister Harris reflected on the life of Mr. Brisbane and on the contribution that he made towards the socio-economic development of St. Kitts and Nevis, which he had immigrated to well over 60 years ago from his native country of St. Vincent and the Grenadines.

“I have known Mr. Charles Brisbane for practically all of my adult life,” the Prime Minister stated.  “For decades, he was the face behind the company O D Brisbane and Sons Ltd., a family-owned wholesale business, which he operated originally from Princes Street, Basseterre, and then from the C A Paul Southwell Industrial Estate up until the business was sold to Goddard Enterprises of Barbados.”

Prime Minister Harris noted that Mr. Brisbane would be remembered well for his leadership in the private sector, having served as President of the St. Kitts-Nevis Chamber of Industry and Commerce in the 1970s and then again in the early 1990s.  Dr. Harris further noted that Mr. Brisbane had also served two stints as a Director of The Caribbean Association of Industry and Commerce (CAIC), from 1976-1977 and from 1990-1991.  He was duly recognised for his service to CAIC – and the regional private sector – in February 2009 when the organisation presented him with an Appreciation Award, together with two of his other private sector contemporaries, namely the late Mr. William Kelsick OBE, CSM and Mr. Michael King OBE, former chairmen of S L Horsford & Company Ltd. and TDC Ltd., respectively.

“During his lengthy tenure at the helm of O D Brisbane & Sons Ltd., Mr. Brisbane led a life of community service,” the Prime Minister added.

Prime Minister Harris also pointed to Mr. Brisbane’s consistent and active involvement in the St. Kitts Rotary Club, as well as to his charitable contributions to various public institutions and causes, in particular, the Cardin Home for the aged, infirmed and indigent members of our community.

Prime Minister Harris also pointed out that the late Charles Brisbane OBE was an avid golfer who, by extension, had also served as Chairman of the Frigate Bay Development Corporation.

In concluding his reflection on Mr. Charles Brisbane, Prime Minister Harris expressed his Cabinet’s sincere sympathy to the Brisbane family during their time of bereavement.  Such sentiments were first extended to Mr. Nicholas Brisbane, a son of the deceased, upon learning of his father’s death.