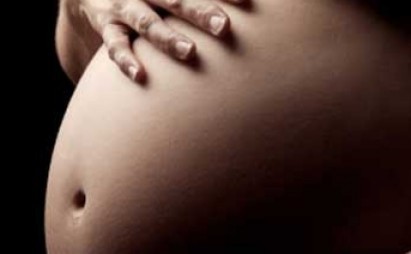 ST. CROIX, USVI(January 22,  2016)  — VI Consortium News is reporting that Shortly after confirming the first case of Zika virus here —  a tropical disease that may lead to babies being born with abnormally small heads — the Virgin Islands Department of Health’s Territorial Epidemiologist, Dr. Esther Ellis, at a brief press conference this afternoon, said healthcare providers throughout the territory should submit cases to DOH. She also revealed that the department was taking necessary steps to quell the rise of the disease in the territory.

“We are asking healthcare providers to submit suspected cases to the Department of Health using the chik report form via fax to 340 718 1508. The providers have all received this form in advance, as well as detailed instructions. We have conducted training at both hospitals and have been working with providers to identify the symptoms of the Zika Virus,” Dr. Ellis said. “We also want to stress to all pregnant women, to seek medical attention in the event that you are experiencing any symptoms and use all means to prevent mosquito bites.”

According to a press release the Centers for Disease Control issued this week, “Zika virus infection should be considered in patients with acute onset of fever, maculopapular rash, arthralgia or conjunctivitis, who traveled to areas with ongoing transmission in the two weeks prior to illness onset.”

The CDC press release also included information and recommendations about the Zika disease, diagnosis, and prevention, and provided travel guidance for pregnant women and women who are trying to become pregnant.

Pregnant women should until more is known and out of an abundance of caution, pregnant women should consider postponing travel to any area where Zika virus transmission is ongoing. Pregnant women who do travel to these areas should talk to their doctors or other healthcare providers first and strictly follow steps to avoid mosquito bites during the trip. These locations, according to thisCDC notices page, include Central America, the Caribbean and South America.

Women trying to become pregnant should consult with their healthcare providers before traveling to these areas and strictly follow steps to avoid mosquito bites during the trip, the release added.

No specific antiviral treatment is available for Zika virus disease, according to the CDC release. Treatment is generally supportive and can include rest, fluids, and use of analgesics and antipyretics. Because of similar geographic distribution and symptoms, patients with suspected Zika virus infections also should be evaluated and managed for possible dengue or chikungunya virus infection.

Aspirin and other non-steroidal anti-inflammatory drugs (NSAIDs) should be avoided until dengue can be ruled out to reduce the risk of hemorrhage. In particular, pregnant women who have a fever should be treated with acetaminophen. People infected with Zika, chikungunya, or dengue virus should be protected from further mosquito exposure during the first few days of illness to reduce the risk of local transmission.