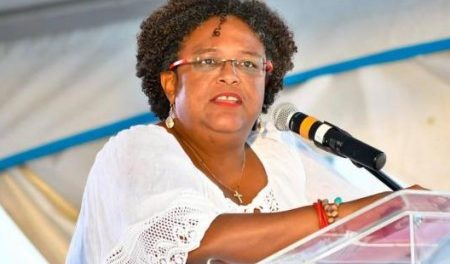 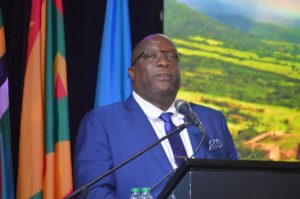 Prime Minister Mottley assumed leadership of the country after the Barbados Labour Party (BLP) which she leads, recorded a crushing landslide victory in the general elections on Thursday, May 24, winning all 30 seats, and unseating the Democratic Labour Party (DLP), headed by Freundel Stuart.

In an official letter, dated May 25, 2018, Prime Minister Harris extended warm words of congratulations to Prime Minister Mottley on her historic victory, noting, “I am confident you will serve with diligence and tenacity.”

Prime Minister Harris highlighted that gaining all 30 seats, which is unprecedented in Barbados’ electoral history, is no simple feat.

“It speaks to your sterling leadership and ability to inspire the members of your party, and indeed the people of Barbados,” he said.

He continued, “I am confident that your vast experience in public service, and your commitment to the sustainable development of your country and the wider region, will provide a solid platform to deliver sterling service to the people of Barbados as you chart a new development course, returning your proud country to its halcyon days of economic prosperity.”

My Government “looks forward to working with you bilaterally, regionally and globally, as we tackle the issues which threaten to stymie our collective growth and development,” Prime Minister Harris said.

The Honourable Mia Mottley was sworn in as Barbados’ eight prime minister on Friday, May 25.