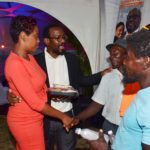 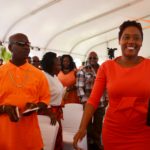 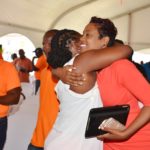 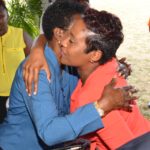 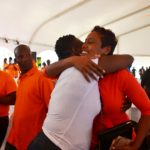 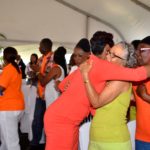 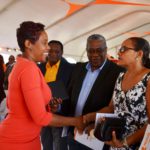 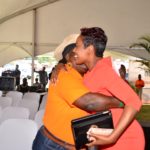 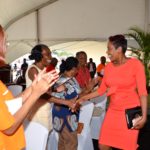 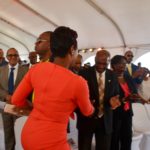 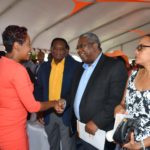 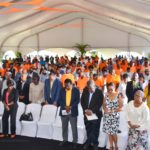 BASSETERRE, ST. KITTS, March 27, 2018 (PLP PR Media Inc.) — Putting people first is not an empty rhetoric, says the Deputy National Political Leader of the Peoples Labour Party (PLP) Senator the Hon Akilah Byron-Nisbett. People matter more and the party, which is one of the three parties in the ruling Team Unity Government, goes to the people.

“The Peoples Labour Party believes in putting people first, that is why today, as we did for our inaugural convention last year, we have brought our convention to the people,” said the Hon Byron-Nisbett.

She made the remarks on Saturday March 24 at the Patsy Allers Playing Field in West Basseterre where the Peoples Labour Party held its second annual National Convention that was attended by well over 700 persons, the largest such gathering for any political convention in the history of St. Kitts and Nevis.

Last year the Peoples Labour Party, which is led by Prime Minister of the Federation of St. Kitts and Nevis Dr the Hon Timothy Harris, held its inaugural convention at the Tabernacle Recreation Grounds, becoming the first and the only political party that would have held its National Convention in rural St. Kitts.

“We are a party with a leadership that listens and seeks the advice and opinions of the people,” said Senator Byron-Nisbett, who is also the Deputy Speaker in the Federal National Assembly. “We understand that we can’t just sit at the table making decisions for the people without engaging with the people. And so we come as we came last year, to the people.”

She told the convention which was also attended by leaders of the other constituent member parties of the Team Unity Government, the People’s Action Movement (PAM) and the Nevis-based Concerned Citizens Movement (CCM), that her party values the continued dialogue and engagement for they know that it is through that continued engagement that the party can understand the true needs and requirements of the people.

“Although we may not have been successful at the polls, that commitment to the people of the constituency still remains,” she assured. “As such the PLP and Team Unity have tasked me with being their eyes and ears within this constituency, and I give my continued commitment that I will do all in my power to ensure that the people of Constituency Number Three will receive their fair share.”