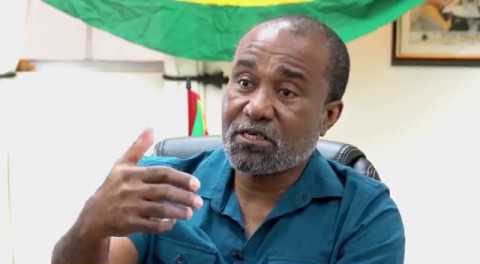 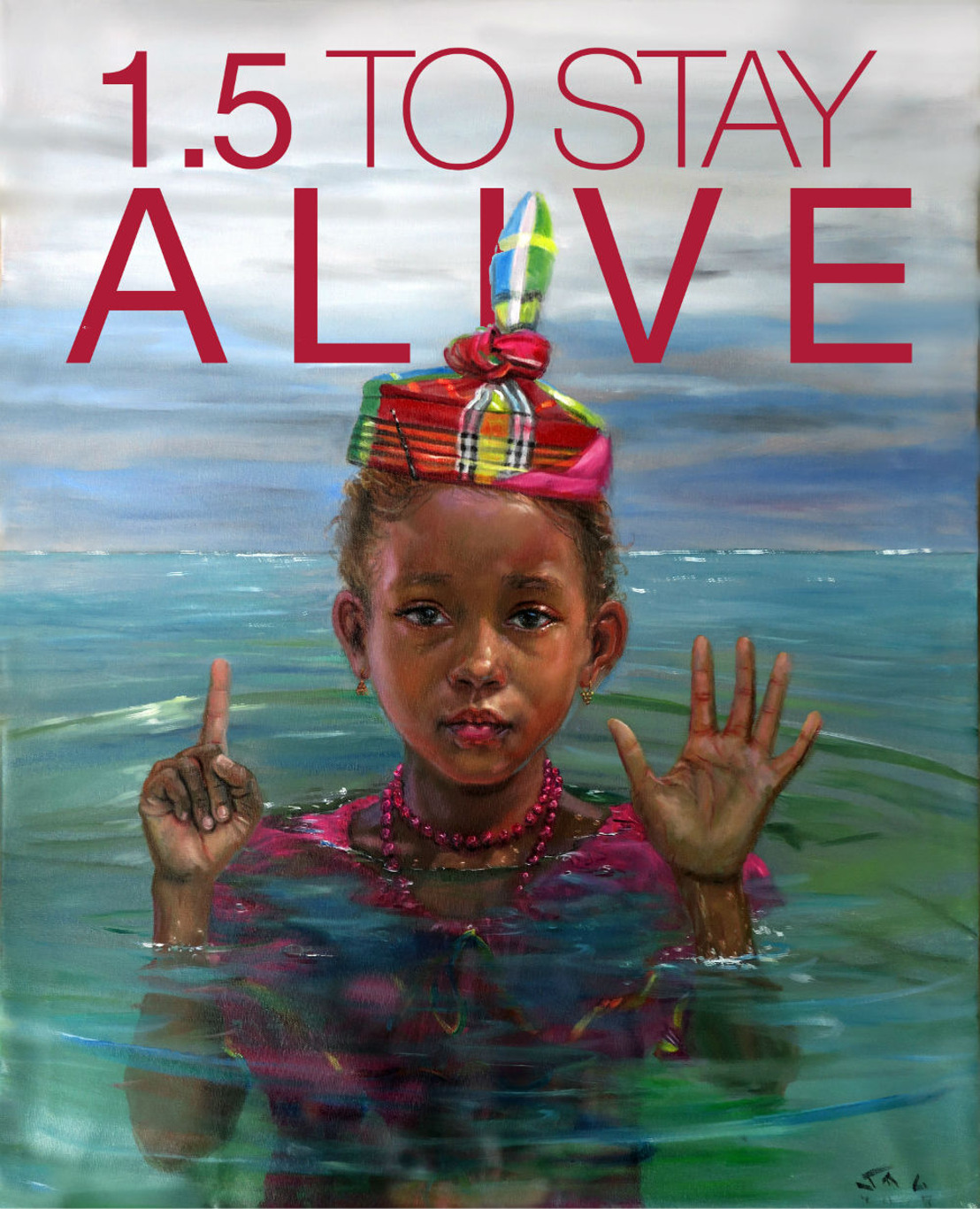 The face of the campaign is a new, powerful painting by Saint Lucian – American artist Jonathan Gladding. It pictures a young girl with her body almost entirely submerged by sea-level rise, and with her fingers sending the desperate message that she needs #1point5tostayalive.

Saint Lucian poet and playwright Kendel Hippolyte, who played a lead role in the campaign to secure the historic Paris Agreement in 2015, has called on Caribbean artists to add their voice to the call for decisive global action against climate change.

“We cannot look at our children and grandchildren and say we did nothing or we did not know what to do. Whatever artistic gift we have – and whatever rewards it brings or we hope it will bring – will not mean a thing if all we hand over to our descendants is a planet that is their funeral pyre even while they are alive,” says Hippolyte.

Hippolyte has also revealed that he is working on a new theme song, entitled “1.5 Is Still Alive”, in collaboration with musician and humanitarian Taj Weekes. As was done in 2015 with the theme song of the campaign leading to the Paris conference, this project will bring together a number of well-known Caribbean singers.

“In a campaign such as this,” says Panos Caribbean’s coordinator Yves Renard, “artists play a pivotal role, because their voices are known and credible, and because they are able to convey messages in ways that resonate with the culture, feelings and concerns of people and communities. We encourage all organisations,” Renard said, “to reproduce Jonathan Gladding’s beautiful painting and use it to convey the urgency of action.”

The Paris Agreement signed at the historic climate conference in 2015 called on all countries “to pursue efforts to limit the temperature increase … to 1.5 degrees Celsius above pre-industrial average”. Climate change experts now confirm that global warming is on track to break the 1.5°C mark by around 2040.

Experts agree that an increase of average global temperature above 1.5°C will have disastrous impacts on the Caribbean and other vulnerable regions of the world, but they also believe that it is possible to contain global warming, that we have the technology to reduce our impact on the climate.

“It is still possible to contain the rise of global temperature, but that will not happen unless governments and businesses in the largest emitting countries are prepared to take radical measures and unless everybody, from the schoolchild to the government official, from the technician to the parent, from the wise elder to the young dreamer, contributes their pebble or their stone towards building a bulwark against climate change.”

This regional awareness campaign is supported by the Caribbean Development Bank and the Caribbean Community Climate Change Centre, in collaboration with the CARICOM Secretariat, the OECS Commission and other regional entities.