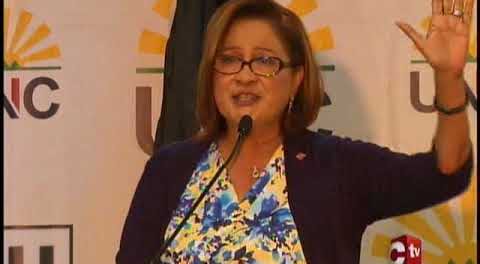 This according to the former leader of that government Kamla Persad Bissessar speaking at the opposition party’s Monday night forum in las Lomas.

The company is at the center of allegations internationally stating that it used data mining on Facebook to target ads and other marketing efforts to help Donald Trump win the US election.

Mrs Persad-Bissessar told supporters that her former government has no idea who the company is as reported in various newspaper articles.

She is asking for the present Government to provide evidence and not old talk to prove there is a connection.

The opposition leader said the only analytical company she is aware of that was used by her government was the MORI company which was a handover from the Manning Government.

That contract she said was honored by her party.