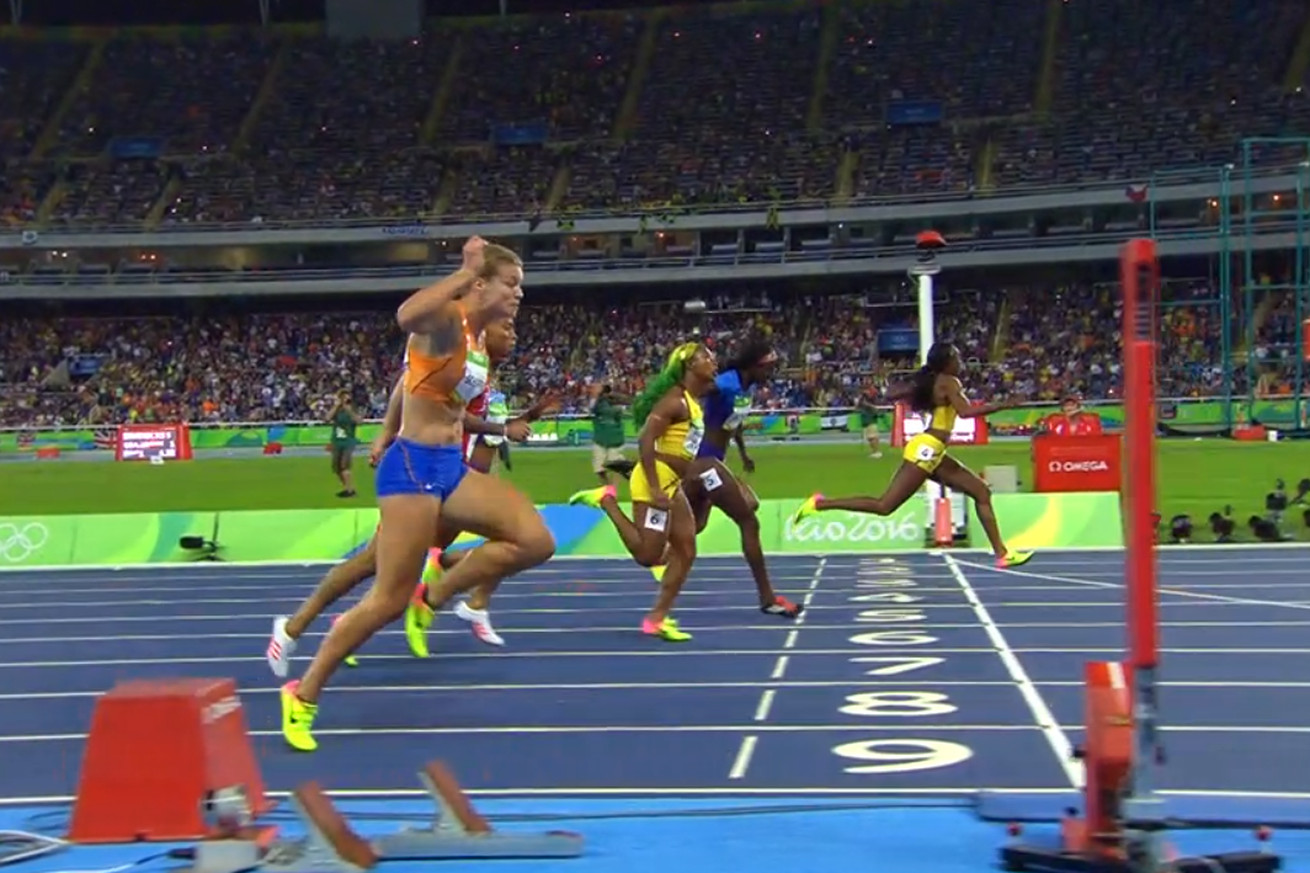 Elaine Thompson is a world beater. She ran away from the field to win gold in the 100 meter dash, shocking two-time defending champion Shelly-Ann Fraser-Pryce. Thompson ran 10.71 to win.

The U.S.’s Tori Bowie snuck past Fraser-Pryce in the race’s final meters to win the silver medal in 10.81 seconds. Fraser- Price ran 10.86 to take the bronze medal.

Thompson was the class of the field, jumping out to the lead early and never letting up.

Fraser-Pryce nearly beat Usain Bolt to something, but was unable to win her third consecutive gold medal in the 100 meters. She had suffered a toe injury earlier this year, and it was too much to ask to come back to compete with Thompson, who was unbeatable on Saturday in Rio.

Even if Fraser-Pryce wasn’t able to win, Jamaica continued its dominance in the event as another star emerged.