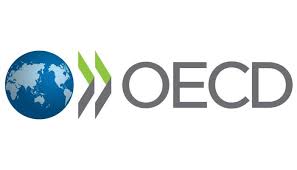 BASSETERRE, St Kitts (WINN) –The Organisation of Eastern Caribbean States (OECS) Authority, the highest decision-making body of the nine-member sub-regional bloc, has responded to the recent Organization for Economic Cooperation and Development (OECD) report that listed five of its members for tax evasion concerns with regard their citizenship by investment (CBI) programmes.

The OECD flagged Antigua and Barbuda, Dominica, Grenada, Saint Lucia and St Kitts and Nevis among 21 countries as operating citizenship schemes that potentially pose a high-risk to the integrity of its Common Reporting Standards (CRS). The CRS requires financial institutions to report financial information of account holders who are citizens of OECD member countries in an effort to fight tax evasion.

According to the OECD, these CBI schemes can be potentially misused to hide applicants’ assets offshore by escaping reporting under the CRS and in particular, the IDs or other documentation such as passports obtained through these schemes can potentially be used to misrepresent an individual’s jurisdiction of tax residence and endanger the proper operation of the CRS due diligence procedures.

Following the recently held 66th meeting of the OECS Authority in St Vincent, current chairman of the OECS, prime minister of St. Vincent and the Grenadines, Dr Ralph Gonsalves, indicated that the matter was discussed by the leaders and certain actions agreed upon.

“We had a long discussion and all the arguments have been marshalled to make sure that we take aggressive steps to show the unreasonableness of the OECD position, and at the same time, the countries themselves undertake to look to see areas in their citizenship by investment/resident by investment programmes where there are areas in which there may be any limitations where those can be strengthened. So there was a good and long discussion as you’d expect on a subject like that, particularly consequent upon the OECD statement,” Gonsalves said.

Against the backdrop of the OECD’s statements, Transparency International, a global anti-corruption organization, has urged the European Union to review its visa-free agreements with those Caribbean jurisdictions that operate cash for citizenship programs.