NIA CHARLESTOWN NEVIS (January 12, 2018) — A top Tourism official on Nevis believes that CNN Travel’s recent decision to name the island among its top 18 best places to visit in 2018 is significant for the tourism industry and the Nevis Tourism Authority (NTA). 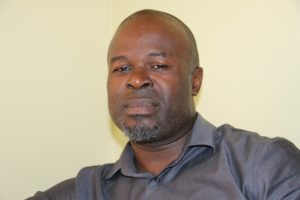 Mr. Greg Phillip, Chief Executive Officer (CEO) of the NTA told the Department of Information on January 09, 2018, the fact that the island is the only Caribbean island on the list, should enhance their ongoing efforts to draw more visitors to the destination.

“It is very, very significant when influential media houses like that, who do these lists every year, actually mention your country as a destination. That is significant for us partly because we are the only Caribbean nation which was mentioned… This year can actually look to see a few more travellers who may be influenced by the fact that we are on such a prestigious list.

“It means a lot for the tourism industry and it means that for the NTA also because it is really a testament to, I think, that the work that we have been doing over the years have really now began to pay some dividends,” he said.

Over the past four years the NTA has made concerted efforts to build awareness of the destination and Mr. Phillip believes that as Nevis is highlighted by renowned travel agencies and lists is testimony to their hard work.

“A few years we began the Nevis Mango and Food Festival for example and now various publications name us as one of the food capitals of the Caribbean. One of the places to visit if you are really looking for good food.

“It’s all part of public relations and for us to be mentioned on such lists is really a testament to the hard work we have been putting in, to ensure that we are really a place in the Caribbean where people would look to as a preferred destination for them to travel,” he said.

According to the CNN Travel article, Nevis is synonymous with Alexander Hamilton, the founding father of the United States of America’s financial system. It encouraged persons to visit the island where Hamilton was born.

The NTA official said over the years they have associated with the Broadway play “Hamilton.” He said now that influential publications and media houses in the United States are now making the connection it is a good thing.