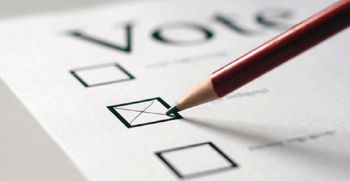 Grenadians will be voting in a referendum for a new constitution on November 24, 2016. Photo: Internet Source

ST GEORGE’S, Grenada – Less than 24 hours after Attorney General Cajeton Hood announced that the Grenadians will no longer be voting in a referendum for a new constitution on October 27, 2016 the Supervisor of Elections, Alex Phillip Wednesday named November 24 as the new date.

In a statement Phillip said he was advised Wednesday by the Governor-General, Dr Cecile La Grenade, that the seven writs issued on September 23 this year, have been revoked.

“Her Excellency has commanded me to inform the general public of Grenada that today, 19th October, 2016, seven writs of constitutional referendums have been issued. The date appointed by the Governor-General as Constitutional Referendum is Thursday, 24th November, 2016,” Phillip said in the statement.

The statement explained that on this date, all registered electors would be entitled to vote “Yes” or “No” to the approval of each of the seven Constitutional Amendment Bills as passed by the House of Representatives and the Senate.

Hood on Tuesday, flanked by the Chairman of the Constitution Reform Advisory Committee (CRAC), Dr Francis Alexis, acknowledged that there was need for more public education on the bills, especially the Rights and Freedom Bill that some have claimed creates a loophole that could result in Grenada legalising same-sex unions.

Hood told reporters that given the magnitude and historical significance of the bills being put before the Grenadian public “that we need to make sure as far as possible that the consultative process takes precedence.

“Further, I believe we are aware that one particular section of the Rights and Freedom Bill has caused growing concern in some circles and after extensive discussions with various stakeholders…the government of Grenada has come to the conclusion that there are certain issues which need to be addressed more fully.

“The Constitution Reform Advisory Committee has listened also to all the contributions of the stakeholders in this matter and against this joint background it has been decided it would better serve the public good if an extension of approximately one month be given for the education process to be completed.”

“While we appreciate that we cannot have an open-ended process, we understand the magnitude and historic significance of the Bills being presented to Grenadians for their approval,” he added.

The other bills to be voted upon in the referendum include one that changes the name of the State from ‘Grenada’ to ‘Grenada, Carriacou and Petite Martinique and another would institute term limits for the Prime Minister; ensure that there is always an Opposition Leader; enable Parliament to provide fixed dates for general elections; institute an Elections and Boundaries Commission; introduce the modern styling ‘Eastern Caribbean Supreme Court’; and require that allegiance be sworn, no longer to the Queen, but to Grenada.

There is also a bill that will allow Grenadians to decide whether or not to replace the London-based Privy Council with the Trinidad-based Caribbean Court of Justice (CCJ) as the island’s final court.

All seven bills need to be passed by a two-thirds majority of those voting in the referendum to become law.