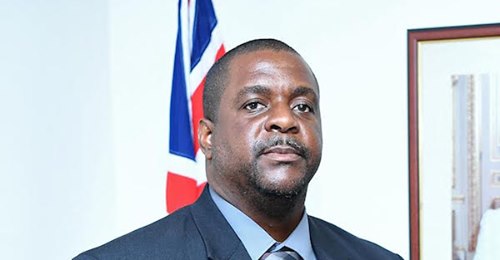 Premier Andrew Fahie has requested that the hearings of the upcoming Commission of Inquiry be broadcasted live on all media platforms to allow for a full transparent investigation into the allegations made against his government.

The Premier made the comments in a live media broadcast on Tuesday — his second statement on the matter since Governor Augustus Jaspert made the announcement on Monday.

He said the statements made by the Governor was damaging the BVI’s reputation in the international arena and called for live broadcasts as a means to shed light on the investigations to hopefully restore the territory’s good reputation.

“Given the international interest in — and the international implications of – this Commission of Inquiry, I have today written the Governor requesting that the Commission’s hearings should be open to the public and should be broadcast live through the various media channels, including live internet streaming,” Fahie stated.

He added: “It is common practice in many jurisdictions for hearings in Commissions of Inquiry to be broadcast live. This aids the public in having accurate information and in seeing that the Inquiry is conducted in a transparent manner with no secrets or hidden agendas.”

The leader of government business further pointed to the Constitutional powers that legally permits the broadcasting of hearings from the Commission of Inquiry.

“Section 2 of the Commissions of Inquiry Act 1880 as amended provides that unless there is any contrary direction, inquiries should be public. Section 9 of the Act provides for the Commissioner to make rules for the conduct and management of the Inquiry. So, if there is any doubt about live broadcasts, Section 9 should clear this up,” he explained.

The Fahie’s VIP administration has been under heavy pressure following numerous allegations of corruption, lack of transparency and misuse of power since taking office in early last year.