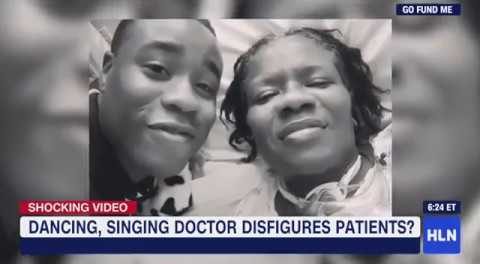 Ojay Liburd the 26 yr old son of Nevisians Dr Oscar Liburd professor at University of Florida and Icilma Cornelius OF  New Castle, exposed the now infamous “dancing malpractice doctor”  who paralyzed his mother  Icilma in Atlanta. He sued and won a huge settlement alledgedly over $10 million.

Icilma, 54, went to the medical spa and cosmetic surgery center of Dr. Windell Boutte in Lilburn, Ga. While she went in for just Botox and another anti-wrinkle treatment which some fillers can be used to achieve. Cornelius was convinced by members of the staff to get cosmetic surgery to give her a flat stomach before her big day. However, during the surgery, her heart stopped and chaos ensued.

Ojay appeared on US National TV on HLN channel to talk about it.

He agreed to talk to Strickland about his mother’s visit to Boutte’s Gwinnett County office, because his mother no longer can.

According to court records Liburd’s mother, Icilma Cornelius, saw Boutte for a liposuction and a panniculectomy. It was weeks before her wedding, and she was credits away from earning her Ph.D.

“She just wanted to be perfect for her wedding dress,” Liburd explained to Strickland. “She had everything going for her.” 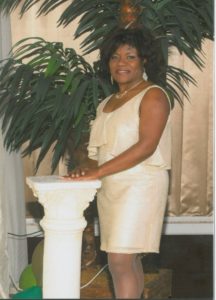 She never got the chance to wear her wedding dress, or get married. After a more than eight-hour procedure, Cornelius’ heart stopped. She suffered permanent brain damage and will need care for the rest of her life.

Cornelius first visited Boutte’s Lilburn office, Premier Aesthetic Center, in early 2016. She consulted with staff about fillers and Botox for her face before her wedding. By the end of the consultation she was scheduled for surgery.

“I just wanted to keep her costs down and give her what she needed from a lipo-sculpting standpoint for her wedding. I told her, ‘that’s my present to you’.” Boutte said in deposition.

During her procedure on Feb. 18, 2016, Cornelius was not incubated, and did not receive general anesthesia. She was given a cocktail of drugs, including Propofol and fentanyl. The lawsuit claimed no end-tidal CO2 monitoring equipment was used during the procedure. In deposition Boutte said staff contracted to administer anesthesia did not think end-tidal CO2 monitoring was necessary.

Boutte does not have hospital admitting privileges, and her Lilburn office is not a licensed surgery center. In deposition Boutte said she did not have her facility certified, as suggested by the Georgia Composite Medical Board.

Cornelius went into cardiac arrest while Boutte was sewing her tummy tuck incision. Her certified registered nurse anesthetist who was monitoring Cornelius’ vitals had already left the room.

The Premier Aesthetic Center elevator was too small for the stretcher, so first responders had to carry Cornelius down the stairs, according to court records.