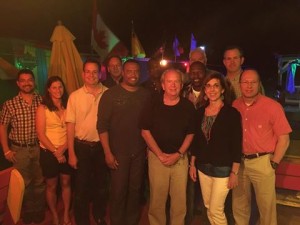 St. John’s , Antigua (Observer News Janaury 27th 2016):- As the neighbouring island of Nevis gets closer to going green through the use of geothermal energy, the authorities on the island said there will be enough energy to export to Antigua & Barbuda and other territories.

Legislators on Nevis have set a December 2017 deadline in which to do so and Deputy Premier and Minister of Tourism Mark Brantley said there will also be export potential. 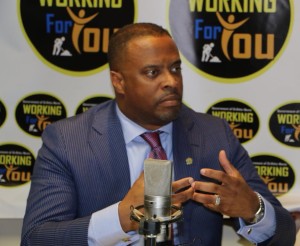 “We have already done the interconnectivity studies; Antigua is a possibility because they have no prospects for geothermal energy,” Brantley told the OBSERVER media in a recent interview.

“Anguilla has no prospects there, but we also have neighbouring islands like St Barts, Saba, St Eustatius who have potential, so Nevis can potentially, I think, in a year, become a net exporter of energy.

And, as a net exporter of energy, we can change the whole economic paradigm in terms of what we rely on here, so that we can wean ourselves even off tourism as a mainstay and have energy and energy production instead,” Brantley added.

Geothermal energy is the heat from the Earth. Resources of geothermal energy range from the shallow ground to hot water and hot rock found a few miles beneath the earth’s surface, and down even deeper to the extremely high temperatures of molten rock called magma.

Brantley said officials discovered the presence of geothermal energy some 10 years ago; however it took a while for all the exploration work to be completed.

He said when the plant switches on in December 2017, it means that Nevis’ electricity will be 100 per cent renewable.