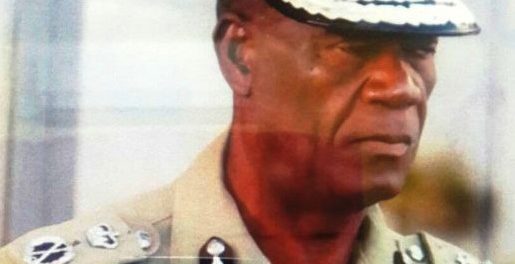 Mr. Robert Jeffers, who served as St. Kitts and Nevis’ Commissioner of Police from 2004 to 2008, will be laid to rest on Friday, January 26th, 2018.  The funeral service will take place at the Wesley Methodist Church located on Seaton Street just off of Victoria Road in Basseterre, St. Kitts from 2:00pm, with viewing and tributes being held between 1:00pm and 2:00pm.

The Defence Force Band and Drum Corps will provide musical accompaniment for the funeral procession.  There will be a Bearing Party to shoulder and carry his coffin, a Firing Party to fire volleys of blank cartridges at the Springfield Cemetery, a Colour Party to carry the flag of the Royal St. Christopher and Nevis Police Force, and a Mourning Party comprising of members of the Police Force, the Defence Force and other disciplined organizations.

Mr. Robert Jeffers leaves a rich legacy of enduring service to the Royal St. Christopher and Nevis Police Force and the community.

“He gave close to 42 years of dedicated service to the Royal St. Christopher and Nevis Police Force, 41.7 years to be exact,” Prime Minister Harris said on Monday, January 15th, 2018, while reflecting on the impact of the late Mr. Robert Jeffers in a statement.

“Mr. Jeffers, who was an exceptionally talented law enforcement officer, would have joined the Police Force circa 1966, the year that Her Majesty the Queen honoured the organization by adding the title ‘Royal’ before its name, in recognition for services rendered during her visit to St. Kitts-Nevis-Anguilla.  Mr. Jeffers served loyally and proudly, taking seriously his oath to protect the country and people, while demonstrating strong leadership, prudence, courage and poise during a long, distinguished career that witnessed transformational shifts both in society and in policing,” the Prime Minister of St. Kitts and Nevis added.

In his statement issued on January 15th, Prime Minister Harris said his thoughts and prayers were with the family of Mr. Robert Jeffers during their time of grief.  “May they find comfort and strength, knowing that he contributed greatly to shaping the face of law enforcement in this country, as he was a strong proponent of community policing and leadership at the departmental level,” the statement said.